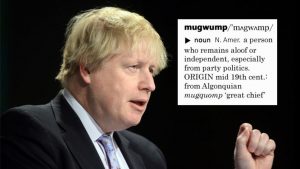 British foreign secretary Boris Johnson has excelled himself by referring to Labour leader Jeremy Corbyn, as a “mutton-headed old mugwump”, and it brings to mind Donald Trump’s 18-month-long insulf-fest during the US election campaign.

Liddle Marco, Lying Ted, Low-energy Jeb, Crooked Hillary, Pocahontas (Elizabeth Warren)…and on and on and on. Remember how Mr Trump, without shame or any sense of propriety, insulted his opponents with the sort of name-calling that children use?

Now, along comes Mr Johnson with his takedown of Jeremy Corbyn.

It’s rather cruel and not particularly funny, in my view. As Mr Corbyn’s party colleague John Healy put it, Mr Johnson was engaged in the sort of “look-at-me name-calling that you’d see in the Eton playground”.

Even so, there is still a great difference between Mr Johnson’s criticisms and Mr Trump’s rough-hewed insults.

Boris is a lot more literary that Donald Trump. He’s using a term, mugwump, that goes back at least to the late 19th century and was more recently reprised by J. K. Rowling in the Harry Potter series. As the Merriam-Webster dictionary puts it, a mugwump is “a bolter from the Republican party in 1884”. The Oxford English Dictionary says it is “one who holds more or less aloof from party-politics, professing disinterested and superior views”.

Mugwump has been used by various writers over the years, not least Roald Dahl.

Who would’ve thought that a political campaign would give it a new lease of life?

In a sense, Boris may have served as a linguistic excavator, albeit one whose interventions are in very poor taste. 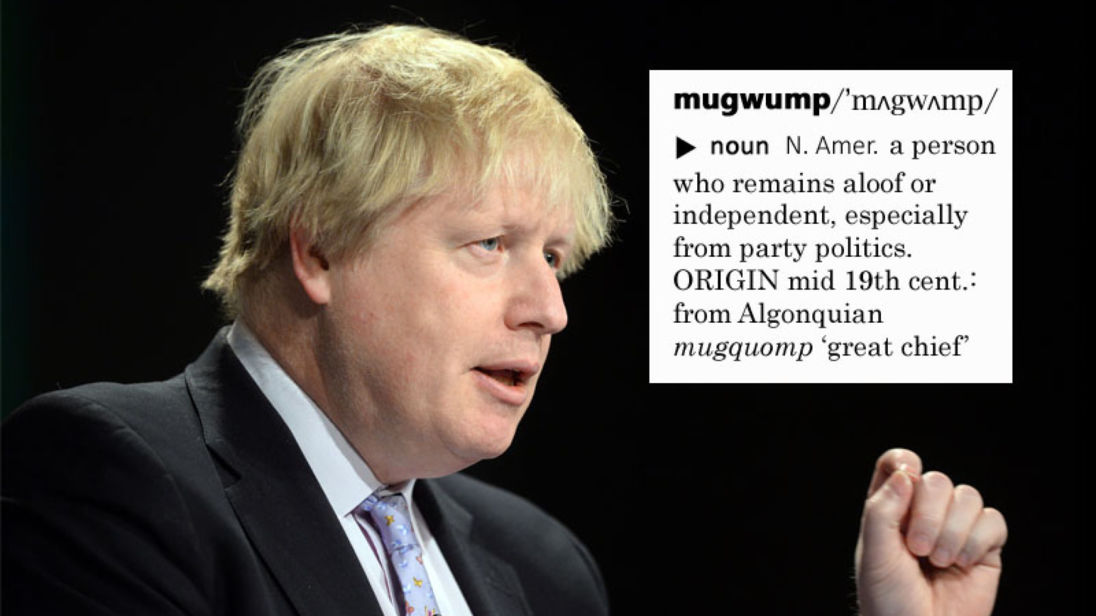