Mr Trump’s remarks to Palestinian leader were just right – for reality TV, that is

You know how it is. An actor appears on the small screen playing the US president. He (it’s always a ‘he’) declares with great confidence that peace will break out in the Middle East. Near the pretend US president stands a smaller, darker man, who proceeds to speak in Arabic, offering fulsome thanks and praise for the American’s remarks. The flashbulbs pop, TV and print stories are written and that is that. The Palestinian-Israeli conflict continues as before. The Palestinians continue to live under occupation. The US continues to back the oppressor. That’s TV. And that’s reality.

On Wednesday, May 3, Donald Trump joined the two and had a reality TV press event with Palestinian Authority President Mahmoud Abbas. He did not offer any reason for his arrogant self-belief that he will be able to negotiate a peace deal. And yet, President Trump declared that he felt sure he would manage it.

“Over the course of my lifetime,” he said, “I’ve always heard that perhaps the toughest deal to make is the deal between the Israelis and the Palestinians. Let’s see if we can prove them wrong, okay?”

Sure. But it’s probably fair to ask, on what basis are we to repose this great trust in Mr Trump?

Just cause he says so?

Remember, Mr Trump did not say anything about Palestinian self-determination, the status of Jerusalem, Israel’s stubborn settlements-building. Instead, he seemed to see the Palestinian-Israeli conflict as a real estate negotiation, which it is, but a different sort from those Mr Trump knows. 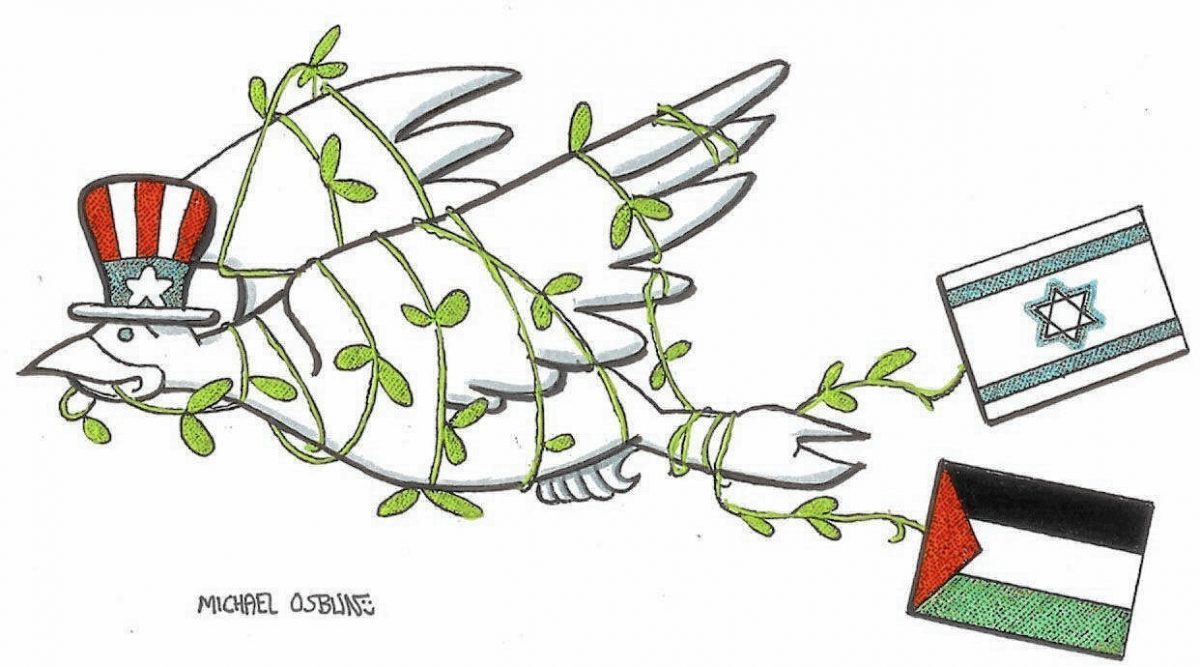