‘Doing a United’. All the attention makes it seem there are more fiascos happening on planes 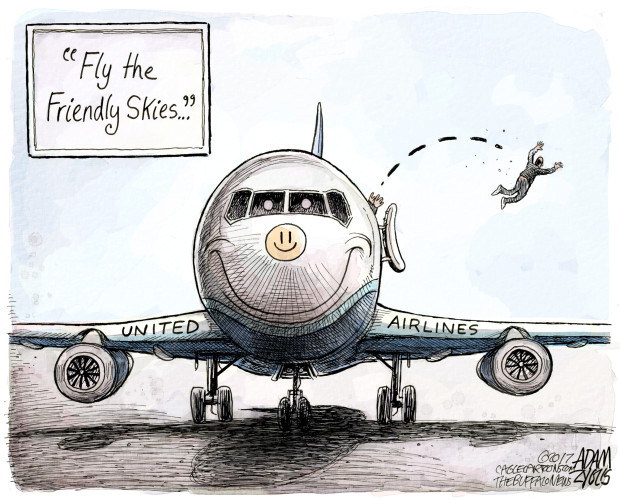 Are you getting the sense that economy class airline passengers are a persecuted majority? That flight crews are increasingly behaving like terrorists? That flying is becoming more hazardous? That airlines seem to have a secret agenda that has nothing to do with pleasing its (low-) paying customers?

It seems that way because more cases are being reported from the US. The incidents are being captured on smartphones, put online and being discussed animatedly on social media.

The American doctor whose face was bloodied as he was forced off a United Airlines plane.

The woman who was roughly forced to give up her child’s stroller, while an American Airlines agent spoke to her nastily.

And now, this extraordinary story of the family of four (a couple and two babies) forced off a Delta plane for a pretty silly reason. Or actually, it wasn’t a silly reason – the father wanted to use the empty seat he had paid for in the name of an absent adolescent son, for the two-year-old baby. The crew objected and wanted to give the seat to someone else. The family was forced off the plane, there were no more flights they could take that night.

What do all of these stories tell us?

Flying has always had its perils. There is always the risk of confrontation in confined spaces, especially when the needs of hundreds of people have to be balanced against strict aviation regulation, airline rules, safety requirements and cultural norms.

A couple of billion people get on planes every year. If there’s anything to wonder about it’s not really the undiplomatic nature of the recent United, American and Delta incidents. It’s that more such cases don’t occur. Which leads me to think that increased attention for such fiascos is creating the impression of flying as a hostile experience.