Not a good idea for Trump administration to disrespect Africa’s big chief, but it did 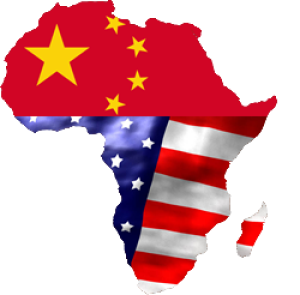 No one likes getting stood up, but especially high dignitaries from South Asia or Africa or even minor dignitaries who fancy themselves as more important than they really are. In South Asia, honour and respect are big considerations in doing business with people. People like to be addressed as “doctor”, even if they have only a non-medical degree. They also like to be called “engineer” or “judge” to reflect their occupation.

In Africa too, the big chief (and little chiefs who fancy themselves as big chiefs-in-waiting) demand and command respect.

So, what’s with the Trump administration’s cavalier behaviour towards the big chief of Africa? US Secretary of State Rex Tillerson apparently invited the chairperson of the African Union (AU) to Washington for a meeting, then stood him up.

According to Foreign Policy, the AU Chairperson Moussa Faki hung around waiting to see Mr Tillerson but bailed out in a huff after being “offered a meeting with lower-level State Department officials”. This apparently meant Mr Faki would have the chance to talk to Tom Shannon, the acting deputy secretary of state, or to K.T. McFarland, Mr Trump’s deputy national security advisor who is on the outs and has been assigned to a new job suitably far away from Washington, that of US envoy in Singapore.

Not a lot in the short term. The AU envoy in the US has been suitably emollient. But it’s fair to say that the incident is profoundly undiplomatic. Mr Faki heads the only organization that speaks for 55 African countries. He is fairly hawkish about the need for Africa to fight terrorism. China is barreling into Africa as it competes for political influence and the AU is one way for the US to maintain friendly and mutually-respectful relationships.

The emphasis in that last sentence is on the words “mutually-respectful”.