What’s got a jazzy label and is confusing? The new politics of our age – Part I 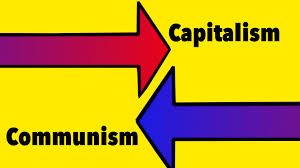 The politics of our time is neither one thing nor the other. A far-right French politician (Marine Le Pen) could credibly pose as a spokesperson for some working class voters. A Hindu nationalist free-marketeer (Indian Prime Minister Narendra Modi) can take policy positions better suited to class warfare. A racist and bigoted US President (Donald Trump) can spout the mantra of all-round good for the “forgotten people”.

Let’s explain some of the new taxonomic schemes that are being used for politics that’s somewhat right-wing and somewhat left-wing. Justin Fox wrote a piece on Bloomberg View on nine labels. Click here for the piece. Here are the first five labels parsed. Tomorrow, we’ll look at the other four:

The late political theorist Benjamin Barber came up with this a quarter-of-a-century ago. By “jihad”, Barber meant a war launched by every possible deeply held belief. McWorld meant the idea of a shared planet with an inter-dependent present and future.

Self-explanatory. Broadly, these are pretty good labels except that globalists can be patriotic too.

Why do we call people who’ve achieved success, say in a big city, cosmopolitans? Why do we use this term for the talented and very tough folks who haven’t let change wear them down?

And is tribalism a good thing or a bad thing? After all, watching out for your own is basically about loyalty. It can be a deeply touching characteristic. However, deep and unfair partisanship is neither attractive nor likely to unify swathes of people who are not part of one tribe.

UK journalist and writer David Goodhart rolled out this categorization in his new book “The Road to Somewhere.” It basically means that some people can belong anywhere (or nowhere) and succeed everywhere. And that others are rooted somewhere and want to succeed there.

But they don’t always manage to succeed and that’s when they hate policies that the Anywheres rather like.

These labels sound a bit childish – and in fact, they could be easily understood even by a child – but they’re strong on basic logic.

Elites is becoming an abusive word and populist is increasingly being conflated with people power. And that’s a problem because a populist is not actually about people so much as gaining power on the strength of unattainable, crowd-pleasing promises. 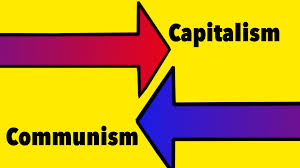