Did Emmanuel Macron try to copy Justin Trudeau with his carefully balanced cabinet? 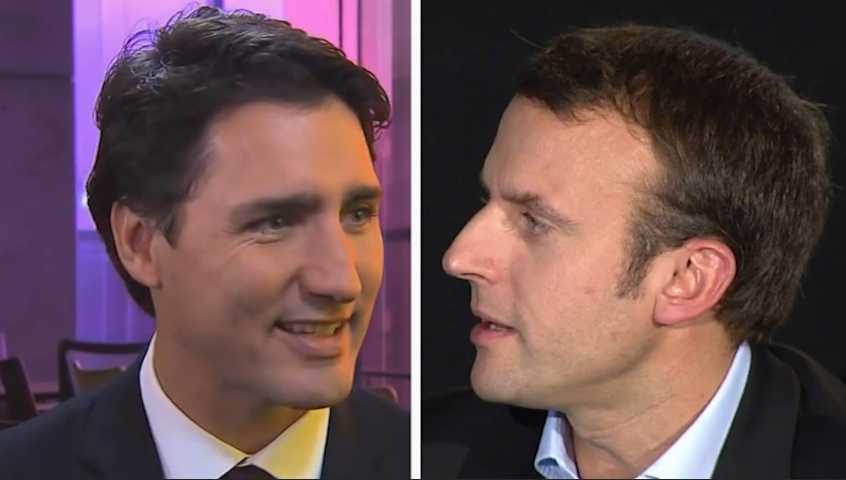 There were echoes of Canada’s prime minister in the cabinet announced by France’s new president Emmanuel Macron.

Both have paid a lot of attention to the symbolic worth of their picks.

For Mr Macron, it was about gender equality and career vs rookie politicians. He also had to balance right vs left in the cabinet.

For Justin Trudeau, back in November 2015, the cabinet was like a painting, each careful brushstroke meant to create a fair and insightful portrait of the way Canada looks and feels and thinks.

Accordingly, Mr Trudeau chose an overwhelmingly young cabinet. He ensured that it was ethnically diverse – with two aborigines, three Sikhs and an Afghan refugee to Canada. He gender-balanced it exactly too; it had 15 men and 15 women.

Just to drive home the message, Mr Trudeau spelt it out: “It’s important to be here before you today to present to Canada a cabinet that looks like Canada,” he said soon after he was sworn-in as Canada’s second-youngest prime minister.

So too with Mr Macron, the youngest president modern France has ever had. The presidential press office described the cabinet as “a government of renewal”.

Is it renewing to have appointments from both left and right? To keep the balance between career politicians and those who come from the private sector or nonprofits?

The symbolism is powerful.

Now, let’s see about the substance.