The Anglosphere loses the most because of Australia First, Kiwis First policies

I don’t know if you noticed but New Zealand too, like Australia and Donald Trump’s America, has announced it will tighten access to skilled work visas.

This will be a way of privileging Kiwis, the country’s immigration minister admitted with admirable candour, describing the move as a “Kiwis-first approach to immigration”.

So to Donald Trump’s America First, we can now add Kiwi First and Australia First.

Indian techies and engineers are undoubtedly likely to lose out in the short term. But funnily, the Aussie and Kiwi moves will affect the white Commonwealth in a more consequential way. Kiwi First and Australia First could greatly weaken the Anglosphere as a whole and here’s why.

First, because these moves will probably affect the thousands of Britons who might want to migrate to the Southern Hemisphere to join people whom Churchill once called Britain’s true “kith and kin”.

After last year’s Brexit referendum, New Zealand for instance, said it feared a “British invasion”. Its immigration agency said it received more than twice as many registrations of interest from potential British migrants in the seven weeks after the referendum, compared with the 5,000 or so from the same period last year.

Those numbers are interesting. Not just the doubling of potential British migrants to New Zealand but the fact that 5,000 or so expressed an interest in immigrating to it from the UK in June-August 2015.

This means that there has long been an easy and intense process of interchange within the white Commonwealth,  a no-fuss exchange of people with shared Anglo Saxon origins, a common language, culture and values. The exchange has not excited much comment or disapproval. Politicians haven’t spoken of being swamped, for the exchange was of people who were visually and culturally similar enough to the host country to not be seen as a threat.

Now Kiwi First and Australia First. Britain may retaliate with Britain First and make it harder for Kiwis and Aussies to work and live in the UK.

Anglosphere camaraderie will surely suffer as a result, and this is bound to have political consequences over time. 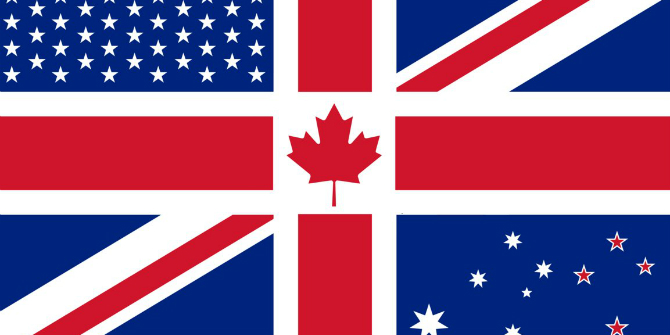