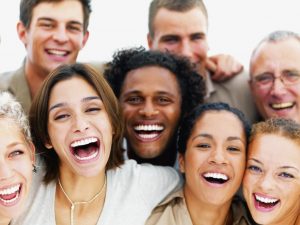 Australian Prime Minister Malcolm Turnbull lets off steam about his own poor public approval ratings by means of an impersonation of Donald Trump.

Even Russia’s President Vladimir Putin couldn’t resist the chance to grimly poke a bit of fun at the US and its leader. He stood ready, he said, to offer asylum to former FBI director James Comey, if he is “under the threat of political persecution”. It would be just the same as with American whistleblower Edward Snowden, Mr Putin said with a straight face.

Let’s give credit where it’s due. The gales of laughter gusting around the world are Mr Trump’s doing. He is responsible. And we must give him thanks.

You know what he’s doing? He’s serving as the world’s laughter therapist. It’s a truly fine, disinterested and selfless job to undertake. After all, laughter means a rush of stress-busting endorphins, which are sometimes described as natural painkillers. With those endorphins released into the global blood stream, relieving stress and actually strengthening the capacity to take a deep breath, the world can continue on more heartened.

I mean it. Researchers at the University of Michigan have calculated that just 20 seconds of laughter could be as good for the lungs as three minutes spent on a rowing machine. 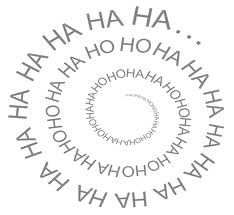