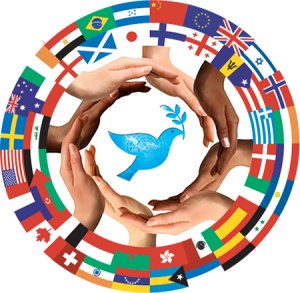 Even before the crisis over Qatar and the attack by a white American man who opposed US President Donald Trump’s politics, it was clear the Middle East and North America were in a dangerously febrile state. The turmoil in those regions is not comparable in any way except for its deeply destabilising potential.

Strangely enough, this is what the Global Peace Index 2017 said, much before the Qatar row began and before the incident in Virginia, in which a 66-year-old man shot at politicians belonging to Trump’s Republican Party.

The ranking of 163 independent countries and territories — including 99.7% of the world’s population — was made public a couple of weeks ago but it has only just been officially released and its pronouncements are worrying. It said the Middle East and North Africa remained “the least peaceful region in the world,” its score having worsened slightly on last year because of conflicts in Syria and Yemen.

And of Trump’s America, the index offered this dolorous comment. The United States dragged down the overall score of the North America region offsetting Canada’s improved rank. North America has the dubious distinction of having suffered “the largest regional deterioration” in peacefulness in the world. This happened, the index said, because the United States was faced with “deepening political polarisation that peaked during the 2016 presidential election.” The United States also displayed a marked deterioration in “intensity of organised internal conflict and the level of perceived criminality in society.”

The MENA region’s poor showing on the Global Peace Index is hardly surprising. This is the fifth successive year it has been graded the world’s least peaceful region. What is a shock (though it should not be, five months after so ignorant and vainglorious a demagogue as Trump became president) is North America’s massive drop in peacefulness.

That said, it is important to keep facts in perspective. North America is still the second most peaceful region overall, behind Europe. Yet it is dangerously unquiet as is obvious from the poisonous rhetoric after the Virginia shooting. Its populist politics has left the world’s most powerful country more roiled and riled up, forcing its citizens to navigate an increasingly bewildering post-truth reality sans a shared core of agreed-to facts.

Anything could happen and no index, not even one so well-respected and rigorous as this, can offer a snapshot of the future. The assessments offered by the index merely stand like doomsday prophecies, heavily shadowed by each new crisis. It does not offer guidance on the issues that preoccupy us.

What happens next in the Middle East if the argument with Qatar intensifies and goes beyond sabre-rattling? What if the Turks send more troops to provide moral and military support to Doha? For the fifth year running, Syria was ranked the world’s least peaceful country. How does this get any better? Afghanistan, Iraq, South Sudan and Yemen followed close behind Syria and that was not just because of ongoing conflicts. The index looked at a smorgasbord of factors, including arms purchases, homicide rates and political repression. What prospect for positive change in any of the four countries?

How does the United States manage the dangerous levels of political polarisation that opened around and by candidate Trump from 2015? As president, he has taken his brawler instincts and habits into the august reaches of the White House, further dividing his country and unsettling the global order.

Despite the gloom that lies heavy over the index, in one respect it was strangely soothing. In the past year, it said, 93 countries became more peaceful and only 68 countries are less peaceful than last year.

This is just an infinitesimal change — a 0.28% improvement in peacefulness — but when it comes to peace, every little bit helps.