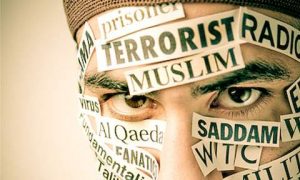 The only certainty after the attack on worship­pers near London’s Finsbury Park mosque is that there will be more of the same. More attacks, whether copycat or retaliatory, by Islamist extremists or by those who hate Muslims.

Sometimes, as at Finsbury Park, a visually distinct group of Muslims may be the obvious target. More often than not, though, Muslims will, like everyone else, be random­ly caught in the terrifying cycle of violence.

They may have been taking a train from Brussels’ Central Sta­tion at the very moment a man of Moroccan ethnicity tried to set off a bomb. Their children were, like other British teen fans of pop star Ariana Grande, in the Manchester Arena when a bomb was set off. They were, like other Londoners, part of the cityscape when the Lon­don Bridge attack occurred.

Just as much as in Finsbury Park, Muslims, too, were targeted by the perpetrators of these atrocities.

It is important to hold that thought. Finsbury Park has come at a delicate moment in the fraught Western debate about Muslims and with them. At one extreme there is the hideous rise in the number and frequency of terrorist attacks perpetrated by those who claim to be Muslim. At the other end is the ignominious situation of several million Muslims in Britain, France, Belgium, Germany, Denmark, Swe­den, Switzerland and across the water in the United States, too.

Every time there is an Islamist terrorist attack, they feel conspicu­ous, defensive and panicky. For more than a year, there has been a decided uptick in anti-Muslim crimes in the British capital, in Ger­many and in the United States.

Should the Finsbury Park incident — a real, verifiable, high-profile attempt to kill people just because they were Muslim — be used to turn up the volume on cries of Islamophobia?

That would be profoundly un­wise. Even though Finsbury Park solidifies some of the anecdotal ev­idence of Islamophobia from over the years, Western Muslims should focus less on the anti-Muslim na­ture of the attack and more on the perpetrator’s intention, which was to terrorise a whole community.

The broader shared threat of terrorist attack is the same for everyone, Muslim or not. It was the same for all who were in or near Brussels’ Central Station on June 20; for spectators and participants of a US Republican Party baseball practice in Virginia on June 14; for those enjoying a warm summer evening near London Bridge on June 6; for young music-lovers in the Manchester Arena on May 22. Each venue was hit by a hate crime of one sort or the other, driven by extremism.

It makes strategic good sense for Muslims to focus on that common threat rather than on any particular peril faced by their community. They should condemn all terror­ism — in any form, whatever the target, whomever the perpetrator — loudly, roundly, unequivocally. If Islamophobia must be discussed at all it should be in strictly clinical terms.

A phobia is medically defined as a persistent, irrational, intense fear of a specific object, activity or situation. Islamophobia means the phobic stimulus for irrational fear is provided by sight, sound and perhaps even the thought of Muslims or Islam. A phobia is an anxiety disorder. As such, it is not greatly threatening and certainly nothing like the spectre of terror­ism that can strike blindly, brutally and bloodily anywhere.

To see Islamophobia as a greater threat than any other hate-fuelled terrorist act would be divisive and polarising. It would add to the angry, tone-deaf argument that has gone on for too long about the separate lives lived by Europe’s Muslims.

The debate has focused on the face-covering veil and the dis­tance it creates between a Muslim woman and the European commu­nity around which she lives. It has taken in the burqini, the demure female bathing suit, and catego­rised the garment as incompatible with the values of France. It has knit instances such as a couple of schoolboys’ refusal to shake hands with their female teachers in Switzerland into a larger narrative — that Muslims are misfits and in Europe and want to wall them­selves off from society.

The mental and physical segrega­tion is seen to be especially pro­nounced in the restive banlieues around Paris; the ghettos of Lon­don, Birmingham, Manchester and elsewhere in the United Kingdom, and in Brussels’ poor, crime-ridden locality of Molenbeek.

Then, Finsbury Park happens. It affords a tragic opportunity for Muslims. It offers them the chance to be recognised as part of a wider community that suffers from ter­rorist atrocities. Muslims should weld themselves to it rather than separating themselves out as ex­ceptional victims.