The coincidence was remarkable. 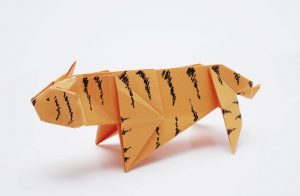 US President Donald Trump and Indian Prime Minister Narendra Modi met on Monday (June 26) in a week that has seen both men described as paper tigers.

The dismissive phrase was applied to Mr Trump by a senior member of his Republican party. The president and his political operation, said the unnamed politician, is “a paper tiger” and many Republican lawmakers feel free “to go their own way”. (Click here to read the Washington Post story that contains the quote.)

For Mr Modi, the phrase was visually implied in The Economist’s cover. It showed the bearded prime minister clad in a Nehru jacket astride a tiger who’s paws and tail peeled back to show the paper underside. “Modi’s India: The illusion of reform,” ran the cover headline. 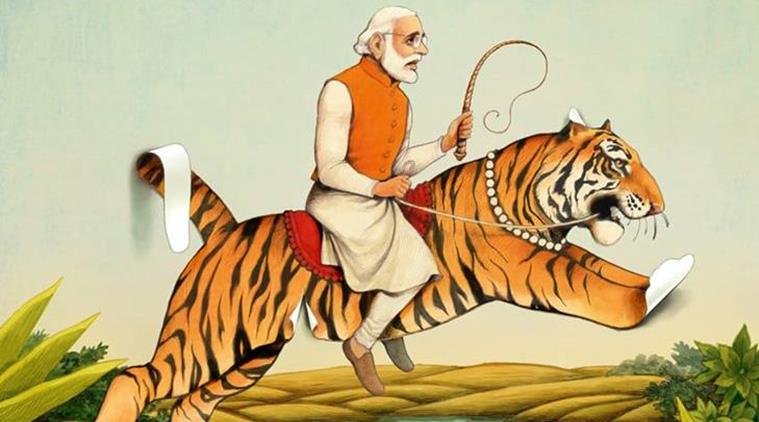 For all that I’m not a Modi-bhakt or devotee, I still think it’s unfortunate he’s been called a paper tiger in the same week as Donald Trump. Whatever his faults, and God knows (as do the just) there are many, Mr Modi is nothing like Mr Trump. First, he has enormous political experience – winning successive elections to become chief minister of Gujarat and governing his state mostly competently. As The Economist points out (albeit, not as a compliment, “His reputation as a friend to business rests on his vigorous efforts to help firms out of fixes—finding land for a particular factory, say, or expediting the construction of a power station.”

The reason the paper depicts him as a paper tiger is clear from the next sentence on: “But he is not so good at working systematically to sort out the underlying problems holding the economy back.”

As for Mr Trump, he is proudly ignorant, unable or unwilling to recruit the best and govern as per their advice, a bully who

bluffs and threatens and a child who sulks unless he is endlessly praised for things he didn’t do in the first place. He is a paper tiger in the sense that he has the power that comes with the highest office in the US, nuclear bombs, missiles, a huge military and the riches of the American treasury. But he has nothing that allows him to use any of these to good effect. No wonder his own party makes so bold as to ask who’s afraid of Donald Trump.