Shakespearean England was a theatre of cruelty. For 21st century India to become one is deeply sad

Someone should invite Neil MacGregor to Lynchistan, sorry, India. The former director of the British Museum tells a salutary story about public cruelty in the age of Shakespeare. The tale is greatly enhanced by his description of one of the objects he uses to illustrate the subject. It is the eyeball of a Catholic priest who was disembowelled while still alive some time in the 1600s.

Dr MacGregor should take the object and his story to India, where Muslims are being lynched and/or stabbed by Hindus on the grounds they are “beef/cow-eaters” and “anti-national”.

But if he can’t go, let his voice at least tell the story. It is worth a listen. Episode 19 of the 20-part BBC Radio 4 series ‘Shakespeare’s Restless World’ is titled ‘The Theatres of Cruelty’. Click here to listen to it. The series is five years old, but like a Shakespearean play, ageless.

The point about Dr MacGregor’s account of the casual and constant cruelty in Shakespeare’s time is exactly that. It was casual and it was constant. People were inured to it. They no longer noticed or cared. Or as Dr MacGregor described ordinary people in Shakespeare’s day: “…the crowds who went to the executions in the mornings are the same crowds who went to the theatre in the afternoon.”

So to that eyeball of Edward Oldcorne. Much like India’s Muslims, some of whom are being harried to their deaths for no offence other than their faith, Oldcorne’s main offence was to be a Catholic priest. He was an unwitting victim of the vicious religious prejudice of his day. Even though Oldcorne had nothing to do with the Gunpowder Plot he was denounced and hanged, drawn and quartered.

As Dr MacGregor says, Shakespeare’s audiences had seen people disembowelled and severed heads on London Bridge. They wouldn’t have been repulsed by the playwright putting that gross cruelty on stage, as in the gouging of Gloucester’s eyes in King Lear.

It is not a shock to be reminded that Shakespearean England was a theatre of cruelty. But for 21st century India to become one is deeply, deeply sad. 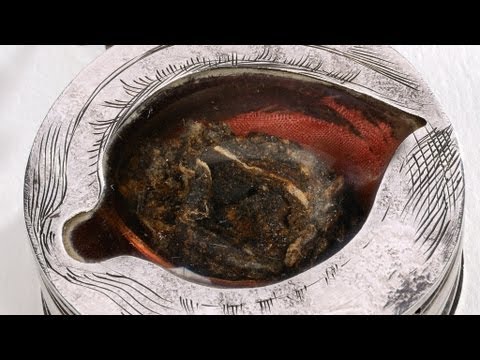