Outlaw hero? How else to explain 16-year-old Linda Wenzel’s adventures with ISIS?

The German teenager stole money from her parents and secretly left her peaceful little town near Dresden to live with ISIS for a whole year. She was recently rounded up in the extremist’s group fallen capital, Mosul, along with a couple dozen jihadists.

Why is everyone so surprised? Linda Wenzel was 15 when she left home believing herself to be in love with a Muslim she met online. No one has ever suggested that adolescent girls are reliable analysts of world affairs. And then there is the ISIS narrative. It chimes with the romanticised view of the rebel outlaw, an image that goes back centuries.

An outlaw, of course is someone who violates the law or at least notions of conformity and authority. There is something thrilling about the forbidden road taken by the outlaw. Eric Hobsbawm has written about the enduring appeal of outlaws such as Ned Kelly and Billy the Kid.

He says: “The point about social bandits is that they are peasant outlaws whom the lord and state regard as criminals, but who remain within peasant society, and are considered by their people as heroes, as champions, avengers, fighters for justice, perhaps even leaders of liberation, and in any case as men to be admired, helped and supported. This relation between the ordinary peasant and the rebel, outlaw and robber is what makes social banditry interesting and significant … Social banditry of this kind is one of the most universal social phenomena known to history.”

ISIS collectively symbolises revolt against the status quo. The Lindas of this world will always be drawn to their forbidden appeal. 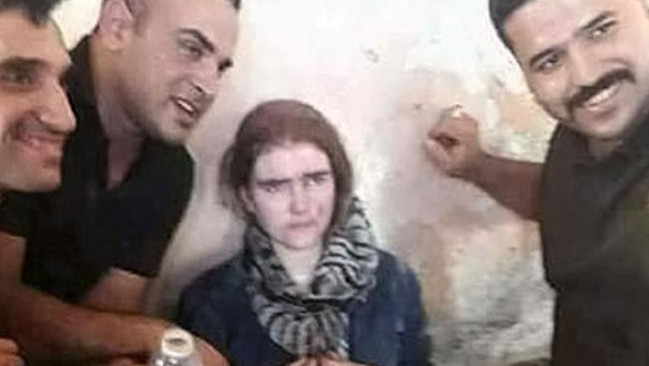