Are President Trump’s people serious about the Twitter offensive in the Korean theatre?

One does not have to be a stuffy foreign policywallah to find the Trump administration’s attitude to horrific potential wars and nuclear issues decidedly casual.

Consider the following remarks from Sebastian Gorka, the tough-talking, Islamophobic, white nationalist foreign policy advisor to the US president, when asked about Sino-American relations.

How can the US persuading China to do more to implement existing sanctions against North Korea, Mr Gorka was asked. What tools might the Trump administration use?

Mr Gorka replied as follows: “We have the president’s Twitter feed. If you can win a US election with it, I think it’s pretty powerful, don’t you think?”

It is hard to know whether to laugh or cry. Joseph Cirincione, the president of the Ploughshares Fund, which advocates disarmament and nuclear diplomacy, is doing neither. Challenging the idea that Mr Trump could simply tweet his way to a resolution of the Korea crisis, Mr Cirincione said, “That is really a new level of unreality. It would be funny if the consequences weren’t so catastrophic,” he said. 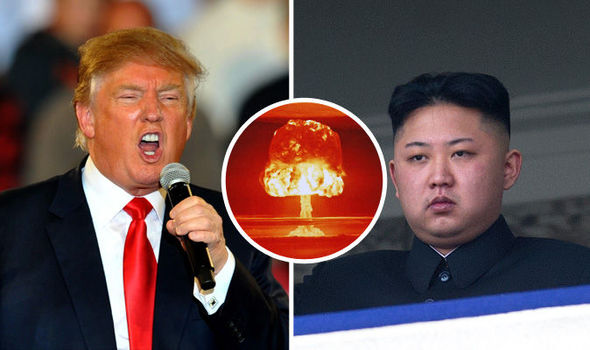