Remember when call centers were symbols of India’s economic boom? 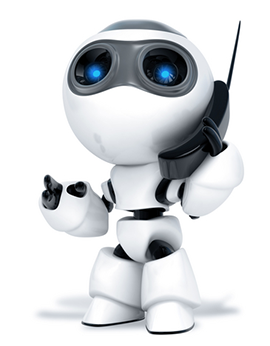 That phase is long over. Automated calling systems have already taken a lot of those jobs, which had Indians with suspiciously Anglicised names and accents to match dealing with all-sorts – computer trouble-shooting and credit card issues, etc. – for overseas customers. Sometimes, they even mentioned the local weather in the city the customer was shown to be calling from. (This caused occasional hilarity but the attempt at conveying an authentic experience has to be recognized.)

Anyway, the Indian call centre downturn began a decade ago. First it was Indian college graduates themselves who decided those jobs were not worth their time – they meant graveyard shifts, abusive customers and generally few avenues for advancement.

And now comes automation. It makes the jobs story scarier for the East than the West

Harvard economics professor Kenneth Rogoff recently made the point that the lack of quality jobs in “developing Asia (is likely) to place massive downward pressure on global wages.” He added that the migration towards Indian cities – more than ten million people per year are leaving the countryside – is leaving a whole generation with nothing to do. “They often cannot find work even as chaiwalas, much less as computer programmers,” writes Professor Rogoff, using the Hindi word for tea-sellers. Just to put this in context for the US and Europe, the Professor says their “angst …about the future of jobs is an order of magnitude higher in Asia.”

Which brings us back to the threat to Indian jobs in the tech sector. This is growing more acute, according to some reports. Software services exports are said to have slumped –the longest one in seven years – and prospects look no brighter. A World Bank report said has automation threatens 69 per cent of jobs in India and a headhunting firm estimates 175,000 to 200,000 technology jobs will be lost in each year through 2020.

It’s the sort of news that could get young Indians to look at call centre jobs with renewed interest. But many of them aren’t around anymore. Auto Mike or Sally or whatever an automated calling system might be called, has that number.