Speak to an Indian, a Brit or an American about Singapore and listen to them get all sniffy.

“Great success story,” they will acknowledge, “but it’s not exactly democratic, is it?”

The Indian, the Brit or the American may end their comment on Singapore with a question mark but depend on it, it’s not a question. It’s an assertion. The implication is that Singapore is inferior to all three countries even though it provides its people with safe streets, first-rate health care, good public transport, a responsive public administration and relative social harmony.

The events of September 14 in Singapore would probably make the Indian, the Brit and the American’s lip curl just a little bit more. For, on that date, the fearsomely efficient island city-state once again managed its democracy to splendiferous effect.

In a sense, the election of Ms Yacoub, a hijab-wearing, highly competent politician, was a triumph of inclusiveness as well as of a restrictive political regimen. That’s not as much of a paradox as it sounds.

The process is such that this year, it was only possible for Malays to be elected president of Singapore.

Yes, you read that right. Only Malays stood a chance this time round. Here’s why.

It’s been 26 years since Singapore amended its constitution to allow direct elections for the presidency. In the intervening period, it changed the criteria for candidature to ensure that each of the three main ethnic groups – the Chinese (74 per cent), Malays (13 per cent) and Indians (9 per cent) – gets a pop at the top job. Affirmative action has been built in for any ethnic group that hasn’t held the presidency for five previous terms. This is why the 2017 election privileged Malays. None of their clan has held the office of president since 1970.

In some respects, this is a remarkable feat of democratic engineering. What could be more conducive to democracy than ensuring everyone gets their turn?

Except that it’s not quite as free-form democratic as that. Every Singapore Chinese, Malay or Indian doesn’t get their turn. Eligible Malays for this year’s presidential election, for instance, had to be either former senior government officials or to have run a profitable company worth hundreds of millions of dollars.

And, some might say, what’s the point of being president when greater power is wielded by the prime minister? (All have been Chinese.)

All of this fits into the Singapore template – moving from third-to first-world status by means of paternalist social engineering, interventionist policies and uber efficiency.

The Singapore bargain has always been to manage reality (and differences and democracy) by squeezing it into the desired template and waiting to see how well it sets. That doesn’t accord very well with grubby real politics but I’m not sure it should provoke massive derision from the Indians, Brits and Americans either. 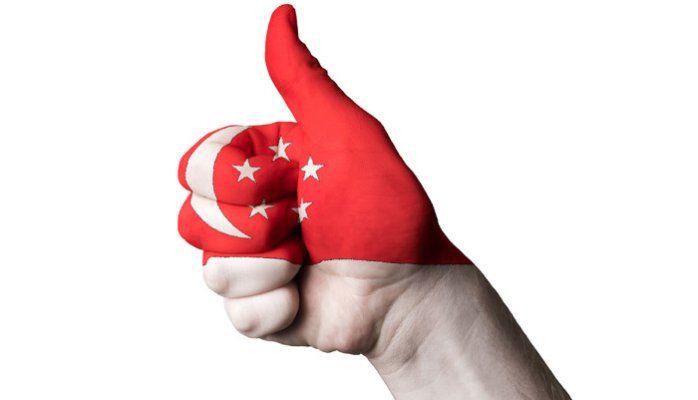