Italy goes its own way on migrants. EU works as trading bloc and not much more 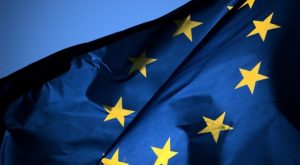 I’m pro-European in the sense that I’m in favour of collaboration between the nations and peoples of the world.

But, I ask you, is the European Union (EU) good for much more than serving as a trade bloc? And to enable the quick passage across borders of EU passport-holders?

This is a good question considering the Italians recently managed to deal with the migrant flow from Libya only after they bypassed the EU.

As has recently been reported 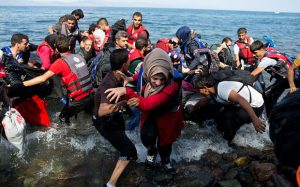 , Italy decided to take action on its own because it was fed up with the migrant influx and the impunity of ruthless Libyan militias that run the human-trafficking trade.

It took action on its own and not, please note, with the EU-27. (Or the EU-26, if you want to take Brexit Britain off the list.)

Italy acted on its own not for lack of patience or faith in the European project. For, Italy, it may be recalled, was one of the six countries that originally decided to unite in some way soon after WWII. Along with Belgium, France, Germany, Luxembourg and the Netherlands, Italy created the European Coal and Steel Community in 1950. It was in recognition of his country’s foundational role in the European project that then Italian prime minister Matteo Renzi chose to hold a trilateral meeting of the eurozone’s biggest economies on the small Italian island of Ventotene in August 2016. It was on the island that two Italian intellectuals, Ernesto Rossi and Altiero Spinelli, wrote the influential “Ventotene manifesto” that called for a federation of European states.

So Italy is not anti-European at all, it just doesn’t seem to have much faith in the EU’s ability to get anything done.

That is why it took action on its own on the migrant issue. What it did depends on whom you believe. Either it did a deal to pay off Libyan warlords or it talked to them nicely.

According to Italy’s deputy foreign minister Mario Giro, “We approached the issue slowly, slowly, Italian style. We spoke to everyone.”

But United Nations human rights chief Zeid Ra’ad Al Hussein has warned against Italian-led tactics, which he calls “very thin on the protection of the human rights of migrants inside Libya and on the boats.”

What that appears to suggest is the Italians are paying off militia bosses to detain the would-be migrants in Libya. It was ever thus, certainly when Colonel Gaddafi was in charge. His regime is said to have earned tens of millions of dollars in assistance from Italy in return for keeping a lid on migration.

Now, Marco Minniti, Italy’s interior minister and former spy chief, may have arranged something similar. Certainly, after a series of meetings that he held from April to July, the results were apparent. Migrant arrivals from Libya fell 50 per cent in July. The New York Times reports that migrant arrivals in Italy “plunged” 85 per cent in August alone.

The number of deaths at sea have also fallen dramatically.

Somewhat tellingly, Italian unilateralism comes after years of channeling anti-migration endeavors through the EU. It had cooperated with efforts to train the Libyan Coast Guard. And it was generous with aid to the African countries from which the migrants were fleeing.

But nothing worked so Italy decided to do things its own way.

What that says about the EU is not particularly edifying.