A Tunisian/ Maghrebi speciality, the pancake of a thousand holes, is good eating

Yesterday, I ate a Tunisian/ Maghrebi speciality, the pancake of a thousand holes. That’s not a speciality for Ras el am el Hejri, the Islamic New Year which Tunisia celebrated on September 21. But the crepe mille-trous is called ghrayef or baghrir and is made of semolina.

From what I can make out, the ghrayef is widely cooked and consumed across the Maghreb a with honey or melted butter, or both. 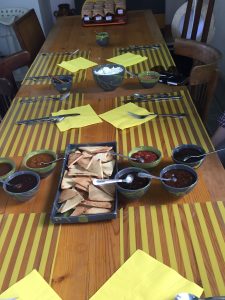 We ate the ghrayef at a charming B&B, which also does breakfasts-by-arrangement in the Casbah in Tunis. It’s called La Chambre bleue and is on 24 Rue Agha. Sondos, our charming hostess, told us some of the history of the house. At ground level it dates to the 14th century, and up where we sat, it was from the 19th. 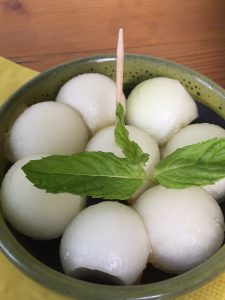 Our ghrayef  were served with a fresh tomato salad on a bed of ricotta with a drizzle of honey.

Interestingly, what you call your thousand-hole pancake can indicate where in the Maghreb you belong.

** khringo in Orania (northwest of Algeria ) and in the eastern Rif (north-east of Morocco ), where it is also called hatita

** korsa in Constantine and Skikda

** ghrayef in eastern Algeria ( Annaba , Jijel , Mila , Skikda and Setif ) and in Tunisia 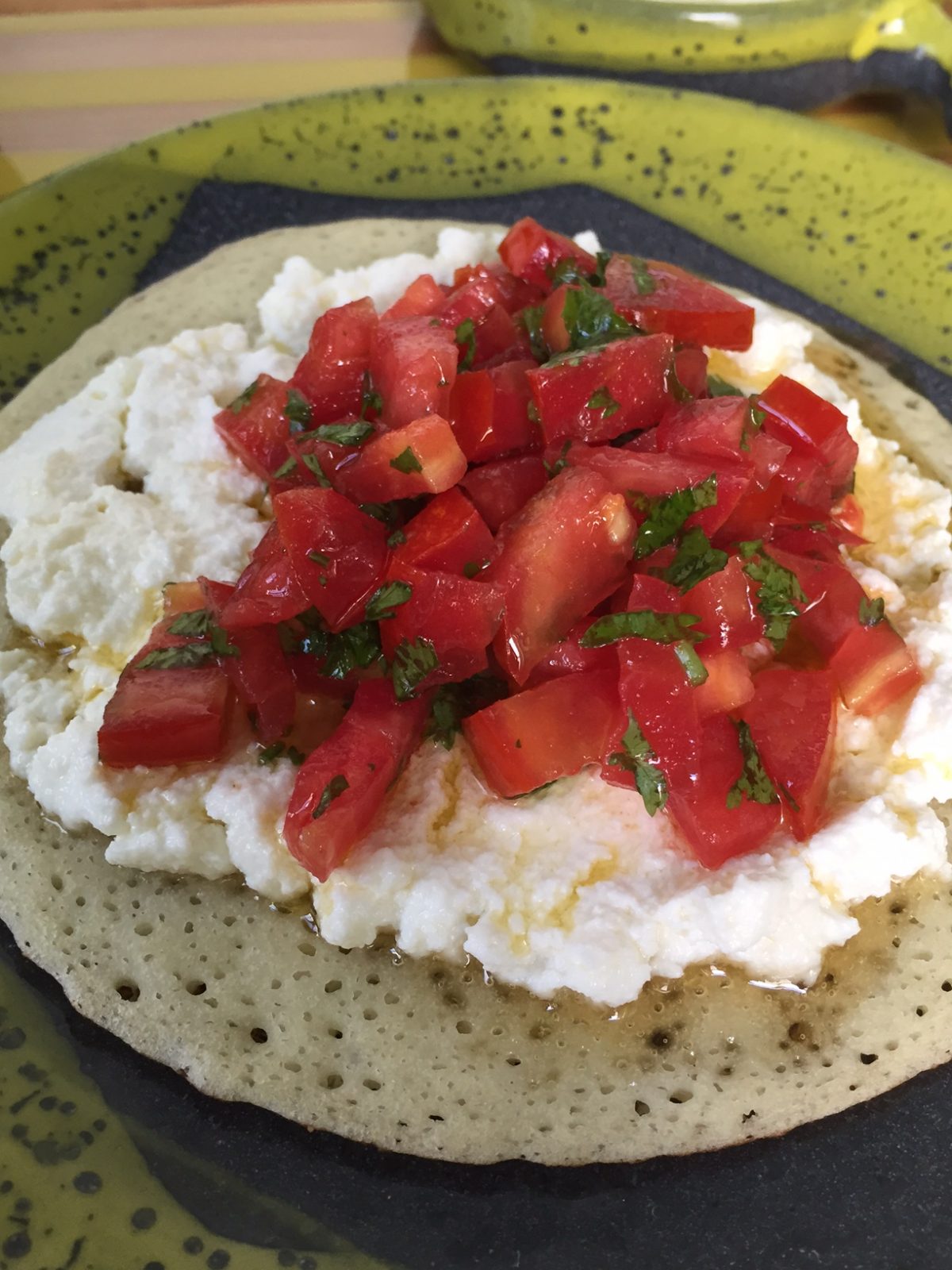