4 months after the UK election, is anyone delivering on the end-of-austerity message?

Hey, Britain, how’s the anti-austerity jag going? Jeremy Corbyn is all pumped up about it, if his speech to the Labour Party annual conference in Bright 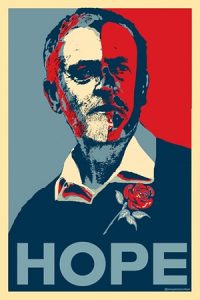 on was any indication. The Labour Party leader promised more state intervention in housing and utilities.

That doesn’t sound like austerity perhaps but neither is it extravagance. It’s what’s needed.

The day before the June 8 British general election, Nobel Prize-winning economist Joseph Stiglitz pretty much called it. Austerity, he said, had strangled Britain. Only Labour could consign it to history.

Though Labour did not win the election – it got 262 seats and the Conservatives 318 – it arguably, shifted the agenda.

No longer, everyone hoped, could the Conservative Party carry on with its ruthless agenda to starve Britain’s schools, hospitals, social care facilities – everyone really, except the very rich – of the chance to learn, to live, to hope.

The Conservatives had been denied the chance to continue the dominance of the market over government.

To paraphrase Professor Stiglitz, the election returned the chance of “an appropriate balance between government and market.” It recreated the possibility that governments would invest in people, technology and infrastructure.

Yes, Labour’s strong showing demonstrated that voters recognized the need to end the government’s body-and-soul-destroying policies. So, that British election was important. It was a key signifier that the system needed to re-calibrate, to restore the rules of capitalism, which were pushed a different way by Ronald Reagan in the US and Margaret Thatcher in the UK.

He went  on: “Changes to how our corporations are governed have allowed chief executives to take a larger and larger fraction of the corporate pie, leaving less and less to be reinvested in the company, and less to pay to workers. Monetary policy has been conducted with a focus on inflation rather than on employment.”

All of which has been hugely detrimental to the long-term well-being of European economies, allowing firms to pursue no more than profits, while governments closed their eyes to the ensuing social havoc wrought.

Neoliberalism, said Professor Stiglitz, boosted inequality and fed directly into the crash of 2008. He might have added that it promoted a dog-eat-dog culture – when ordinary people feel bereft of government and social support, they turn on the weakest in society. In the UK and parts of Europe, it is immigrants, visually distinct people and groups.

Stiglitz wrote, “Austerity has not only damaged the European economies, including the UK, but actually threatens future growth. For instance, when you have young people not learning, or in jobs inappropriate to their skills, they’re not increasing their human capital in the way they could be. Without that human capital, future economic growth will be lower than it could have been.”

But four months after that anti-austerity message seemingly won the election while the Tories stayed in office, what about even limited delivery on the promise?