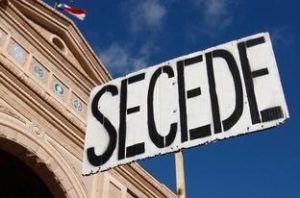 How bad is secession? Is a region a “bad hombre” (in President Trump’s colourful idiom) if it secedes from the mother country?

That depends. In the past 25 years, nine new countries have been born. The circumstances of their birth were often bloody. Generally, they were contested. And, their creation as separate states has remained less than joyful.

As has oft been pointed out, the nine new countries from the past quarter century have had more gloom than boom.

** South Sudan
** Kosovo
** Montenegro and Serbia
** East Timor
** Palau
** Eritrea
** The Czech Republic and Slovakia
Four of the nine new countries came into being as a result of civil war. Five (we’re talking concentric circles here) were the result of the collapse of communism in Europe. Some of the nine are yet to be recognized by all other nations and almost all are beset by problems that go deeper than inconvenient aspirations to freedom.

The birth of a new country has almost nothing to do with the mad hormonal rush that precedes its conception. The aftermath is bloody, and unlike the normal human progression from infancy to adolescence and adulthood, the future remains a formless thing for long years. 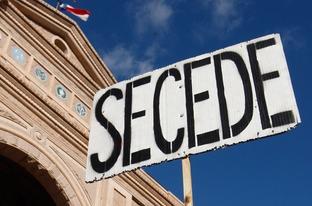