Why Liberia’s election may provide hope for strongmen everywhere, including the US

On October 10, Liberia goes to the polls and those who shrug must not stop reading at least until after the next sentence.

It holds clues to the likely political prospects of Donald Trump.

There, I said it.

It sounds pretty startling but it’s not really. Irrational affection for politicians, no matter what they do, is the point here. Consider the apparent regard of many Liberians for Charles Taylor, the former president and war criminal.

Mr Taylor, who’s been sentenced to 50 years in prison, is sweetly called “pappy” by his followers. As a recent BBC report from the capital Monrovia, made clear, many Liberians were willing, nay eager, to vote for him. Had he been on the ballot, they said, they would have opted for him.

Mr Taylor is the first former head of state in decades to face judgment in an international court on war crimes charges.

He was found guilty by the United Nations-backed Special Court for Sierra Leone in The Hague of 11 counts of war crimes, crimes against humanity, and other serious violations of international humanitarian law, including murder, forced labour and slavery, recruiting child soldiers and rape. His crimes include “aiding and abetting” the Revolutionary United Front and other factions carrying out atrocities in Sierra Leone between 1996 and 2002. A campaign of terror in Sierra Leone included the beheading of civilians and the grisly of the disembowelled at checkpoints. It was meant, according to one of the judges hearing Mr Taylor’s case, “to instil terror.”

And yet Mr Taylor remains popular in parts of Liberia. His ex-wife, Jewel Howard Taylor, is running on a ticket with a popular ex-footballer, and seems to lose nothing from her connection with the disgraced Liberian leader.

What this says is not pretty and it’s not comforting. People don’t always bother with ethical “big issues” but just the small change of political and personal interaction – how a politician comes across; how he makes them feel.

Mr Trump, for instance, could do his worst – including making war – but it’s probably likely he would retain the affection of those who like him a lot. He called it himself during the 2016 election campaign. I could stand on New York’s Fifth Avenue “and shoot somebody” and still not lose voters, Mr Trump once said.

At the time, shock and amazement greeted his boast. 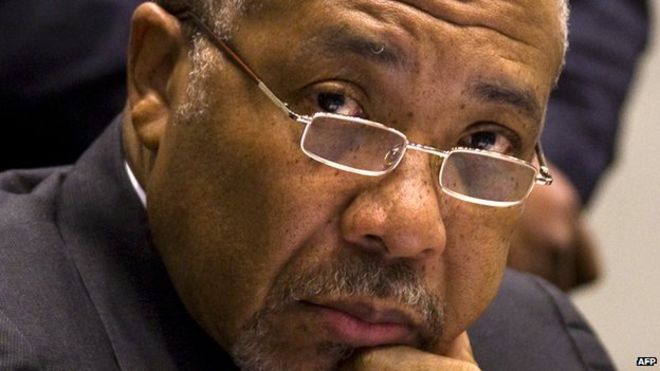