New world order? The Denmark model versus the Singapore model 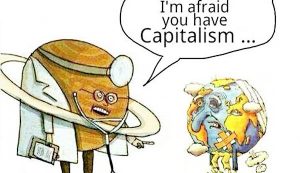 What should we to make of North Korea’s economic liberalisation? And the fact that it’s having an effect on its economy but not its politics?

As Bloomberg View reported last month, the country’s six-year-old reforms have begun to take hold and the private sector is becoming increasingly important. It may now account for up to half of North Korea’s GDP.

So, what to make of the change of economic heart and mind by North Korea and before it, of Cuba and Vietnam?

Just this: don’t expect post-communist states to become liberal democratic as well as quasi market economies. In fact, authoritarian governance, with a nod to the people’s basic needs for goods and services, is becoming immensely fashionable. China and Russia are good examples. For all that Turkey is having a bit of economic difficulty these days as a result of Presiden Erdogan’s temperamental fits of speech and policy, it remains on basically sound ground. It can get away with political excesses so long as it has a market economy that offers profits to many – within and without the country.

Singapore, of course, is the ultimate case in point. It is pretty heavy-handed and that is both a reason for its success and a feature of its basic difference from chaotic, poorer countries that allow the people the latitude to freely protest and freely contest elections.

As former assistant professor of finance Noah Smith points out on Bloomberg View, tiny Singapore “is wealthier than almost any democratic nation, yet it remains a one-party state.”

Mr Smith suggests that the new world order will be a face-off between democratic-socialist countries and authoritarian state-capitalist ones. “It will be the Denmark model versus the Singapore model,” he says, and the outcome is by no means certain.