This year’s Nobel Prize for economics will be awarded to Richard Thaler, the University of Chicago professor who has worked in the revolutionary field called behavioural economics. The prize makes official something the more discerning long suspected: That human beings are not rational creatures and that we’re prone to irresponsible decisions.

The Sveriges Riksbank Prize in Economic Sciences in Memory of Alfred Nobel — the official name of the award — has stamped as legitimate the terrible self-knowl­edge that our species regularly allows the rational part of the brain to be over-ridden by the emotional part of our being.

We now know, for instance, why we save less than we should for retirement and why we make foolish investments of time, energy and emotion in unworthy people, products and ideas.

Could behavioural economics have implications for politics and policy? Could it inform conflict resolution, more particularly, the moribund Palestinian-Israeli peace process?

It certainly offers useful pointers. Ahead of Donald Trump’s election to the US presidency, Thaler explained the apparent attraction of a loud-mouthed billionaire with uninformed policy positions.

Instead, Netanyahu and his Likud Party have won three elections, partly by accusing the left of undermining Israel’s security. That this argument has not been rejected at the ballot box speaks volumes for people’s irrationality. It is patently obvious that the basic rational requirement for Israeli security would be a judicious and speedy end to the conflict with the Palestinians.

It would be disingenuous to say the Israeli electorate has been unaware for more than a decade about Netanyahu’s disinterest in peacemaking. For years, their elected leader has played a con­spicuous double game, telling the world he is willing to negotiate with the Palestinians “without precon­ditions,” while doing nothing to promote or nurture a peace process.

As Arab League Secretary-Gen­eral Ahmed Aboul Gheit told the body’s council in September, it is Netanyahu who “is a stumbling block to the peace process.” The reference is to Netanyahu’s insistence on two “prerequisites of peace,” namely that Palestine would have to recognise Israel as a Jewish state and Israel would have to “retain the overriding security control over the entire area.”

The second prerequisite has been slammed by the Palestinian president’s office as proof of Israel’s refusal “to reach peace based on international law and resolutions.”

Indeed, under this Israeli prime minister, a remarkably short-sighted and callous strategy — of neither moving towards a Palestin­ian state nor annexing the West Bank outright — has been over and oversold to and bought by Israeli citizens. The bluffing on aspira­tions to peace — and Netanyahu’s repeated re-election — could be a real-time illustration of behav­ioural politics, the same sort of irrationality as informs Thaler’s behavioural economics.

The theory has a further bearing on public policy and peace-build­ing. It advances the use of the “nudge,” a subtle encouragement to people to make better decisions, which result in a greater public good.

Governments have used the nudge and the basic premise of behavioural economics to push initiatives on less momentous issues than peace deals. In the United States, it has been used for former President Barack Obama’s health care and financial regulation policies; in the United Kingdom, to get people to pay their parking fines; in New South Wales, Aus­tralia, to promote the responsible use of energy; in Denmark, to popu­larise healthful practices such as taking stairs rather than elevators; and in Western Cape, South Africa, to encourage HIV testing.

Nudging a whole people towards peace would be the ultimate test. It can be done, just not by politicians who see base political profit in voters’ irrational choices. 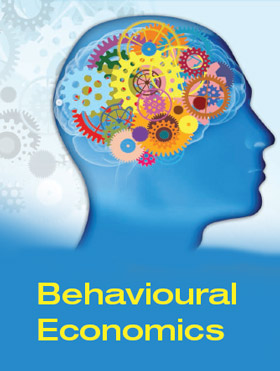