From beyond the grave, the ‘Austria First’ Jorg Haider effect

So what’s new in Austria? In December, it missed electing Norbert Hofer of the far-right Freedom Party as president. (The margin of defeat was less than 10 percentage points).

The basics about the Freedom Party are worth noting:

** Jorg Haider, the charismatic perma-tanned politician who took ‘Austria First’ as a slogan long before Donald Trump, is seen to have turned the Freedom Party towards right-wing populism.

** Sebastian Kurz, 31, will be prime minister and thereby, the youngest leader of any nation in the world.

** Mr Kurz’s centre-right People’s Party is likely to go into alliance with the Freedom Party.

** The Freedom Party accuses Mr Kurz of snitching its ideological clothes on immigration.

This is the Haider effect from beyond the grave. 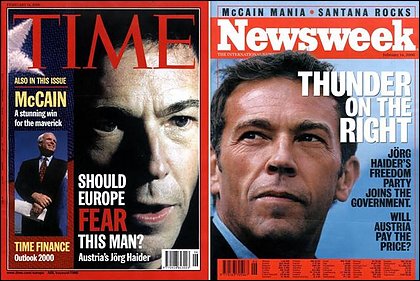