What do you reckon Trump feels about Xi’s new elevated place in China & the constitution?

Donald Trump has publicly saluted the “extraordinary elevation” of China’s President Xi Jinping, comparing him to a “king”, but how do you think he feels privately?

Is the president of the United States sick with envy, green with jealousy, and bilious with hate? Is he thinking “how dare Xi become the great leader of China, how dare he have his name written into the Party constitution, and have his ideology become compulsory learning for Chinese students from primary schools through to universities?”

It’s a reasonable thought for this US president. He is stuck with this lousy thing called a free press and that even lousier system called rule of law. In practice, that means receiving insults and insubordination every day and thanking everyone for it. In America, journalists and judges can ask all manner of questions, refuse to do what they’re told by the White House, and then come over all self-righteous. Trump being Trump, he might very naturally be riled up about his lot.

Imagine, the ignominy of his position. The American president can’t have his name inserted in the constitution, watch his ideology become part of the educational curriculum and presume to rule forever and ever.

A green-eyed Donald Trump might smash his fist into the table (may be not the Resolute Desk but just an itty bitty side table on which sits his Diet Coke and McDonald’s meal as he watches television). He bitterly remembers the footage of the Chinese president’s elevation to great helmsman of the ship of state. “I just can’t manage to get the same thing in America. And I want so little. Just like XI, to have all those senior party officials lined up, one after the other, praising the president to the skies and trying to outdo each other’s flattery.”

It’s useless to try for the same sort of thing in the US, President Trump might grumpily continue. Americans just don’t have the Chinese spirit. 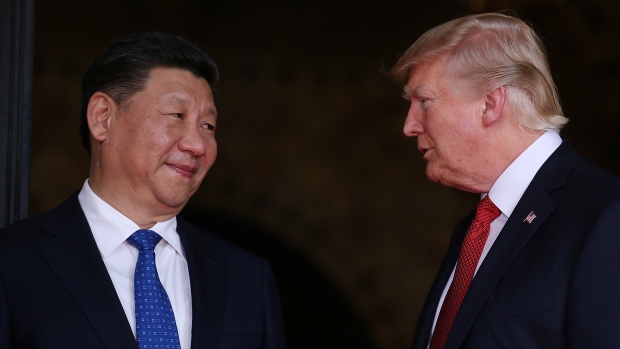