What is civilisation, Ibn Khaldun, famous son of Tunis, wondered in the 14th century

Sitting in Tunis it feels entirely right and proper to be perusing ‘The Muqaddimah’, the 14th century history book written by Ibn Khaldun. He was a son of Tunis, and a traveller of great perspicacity and imagination.

Ibn Khaldun served as a judge in Cairo and a confidante (of sorts) to Tamerlane (Timur), cruel fearsome heir to Chingiz Khan. But chiefly, he employed his sharp legal mind trying to understand aspects of the human condition.

(Well done then to Facebook founder Mark Zuckerberg for publicly choosing ‘The Muqaddimah’ as his book club pick back in 2015.)

With this Islamic history of the pre-modern world, Ibn Khaldun is said to have established the foundations of several fields of knowledge, not least, the philosophy of history, sociology, ethnography and economics. At bottom though, he seems to be doing something that behavioural economists try so hard to accomplish – to understand the impulses that trigger human decisions and events.

For instance, Ibn Khaldun ponders the conundrum that is civilization. What is it? Is it the fundamental difference between urban and primitive, the tension between nomad and merchant, desert and city, orality and literacy?

At this point of time, in the age of Trump, it seems especially important to ask what is civilization. Is it learned behaviour? Is it civility, courtesy, manners, kindness? Is it refinement, not in the sense of an affectation, but in the encouragement of the best of human behaviour?

Mr Zuckerberg explained his interest in ‘The Muqaddimah’ as follows on his personal Facebook page:

“It’s a history of the world written by an intellectual who lived in the 1300s. It focuses on how society and culture flow, including the creation of cities, politics, commerce and science. While much of what was believed then is now disproven after 700 more years of progress, it’s still very interesting to see what was understood at this time and the overall worldview when it’s all considered together.” 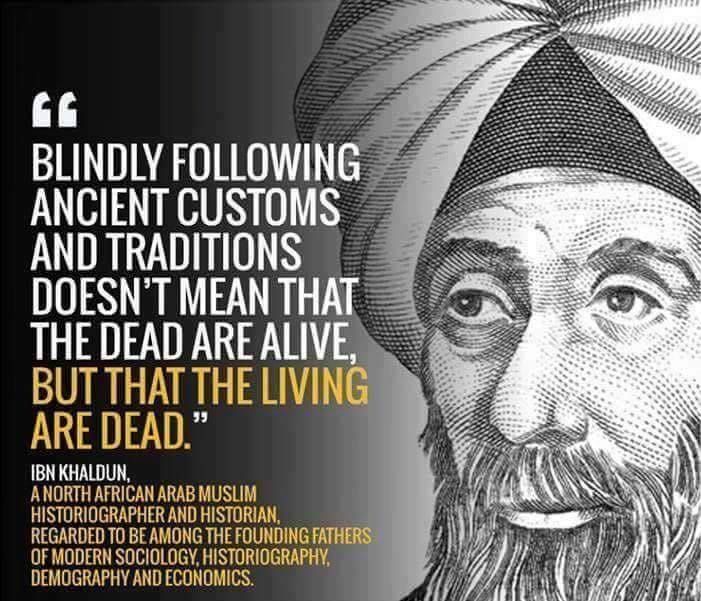