Sufism’s tragedy is how imperfectly it is understood today 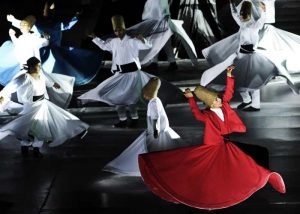 Before Egypt, it was Pakistan. In South Asia’s most populous Muslim country, for more than a decade, militants have been picking off worshippers at shrines dedicated to Sufi poets and pirs or spiritual guides. They have killed dozens at a time, leaving a bloody gash along paths normally strewn with red rose petals. In February, one chap­ter in this remorseless series killed nearly 90 people at a 14th-century shrine associated with a dervish who preached love and tolerance.

The November 24 attack on a mosque in Sinai’s al-Rawda district in Egypt continued the campaign of hate long under way in Pakistan against Sufis and all manifestations of Sufism. More than 300 people were killed in al-Rawda. Most of the dead were Sufis because the mosque was frequented by Muslims linked to a Sufi order.

It was Egypt’s worst terrorist atrocity and one of the deadliest single terrorist attacks world­wide. Though no one has claimed responsibility, suspicion rests on an Islamic State-affiliate in Sinai. This is mainly because its leader issued an explicit threat last year to al-Rawda’s Sufis. They must return to true Islam, he said, or else.

The perception that Sufism is a lapse, a swerve away from Islam, the straight path, leaves its follow­ers dangerously exposed. It wasn’t always this way but Sufis have been under attack from Islamist extrem­ists for long enough to erase the memory of their having been an integral part of the faith.

The criticism began in the tenth century and, by the 13th, the icono­clast Ibn Taymiyya was using a scathing comparison with “philo­sophical Sufis” to deride the use of logic in matters of faith. Both logic and “philosophical Sufis,” he said, were as useless as camel meat on a mountaintop — hard to reach, and not worth much once you’ve got it.

Ibn Taymiyya’s views are consid­ered worth noting if only because his teachings would influence Muhammad Ibn Abd al-Wahhab, who founded the purist movement known as Wahhabism. Ibn Taymi­yya is often quoted by extremists.

Overall though, Sufism’s place within Islam cannot be properly gauged from the perspective of violent radicals or from Ibn Taymi­yya’s fulminations. It has always been a complicated relationship. Ibn Taymiyya himself, eminent scholars such as G. Makdisi say, was a Sufi.

Makdisi noted that the orthodox were not vehemently opposed to Sufism per se but to “innovations… doctrines with no basis in scripture or tradition.”

Even so, the perception of Sufism as antithetical to Islam continues and is used as justification for violence against its followers by puritans.

This is ironic. Though Sufism is regarded simply as a mystical tradi­tion within Islam, it was originally seen as radically puritanical, almost a rebel movement. It took as its uniform the woollen garment or suf for which it is named. Wearers were seen to be the resistance — against a culture of gross privilege and the unexamined good life.

The tenth-century philosopher Al-Farabi, for instance, routinely wore brown Sufi garb but the sarto­rial choices of the man who is called “the second master” after Aristo­tle may not have signalled only mysticism. “People of this kind are often what we may call nowadays militant intellectuals,” Makdisi said. “They accept no one’s patronage, they are afraid of compromising their independence by becoming connected with men of wealth and power and prefer to remain self-employed and are content with living on a mere subsistence level.” This was certainly true of Al-Farabi, who lived on a frugal diet of lambs’ hearts and water mixed with sweet basil juice.

Al-Farabi’s perspective has significance for Sufism and what it was to become. Al-Ghazali, the 11th-century Persian philosopher and theologian who is credited with reconciling official Islam and Sufism, was influenced by Al- Farabi’s ideas. He incorporated into his main religious work Al-Farabi’s description of God, the First Cause, as “beauty and brilliance and splen­dour.” The lyricism, which echoes Sufi sensibilities, was foreign to Islamic tradition.

As a result of Al-Ghazali’s ef­forts, Sufism would go on to flourish and spread and, with it, Islam.