The argument over Rahul Gandhi’s Hindu-ness sounds a bit like the debate over Barack Obama’s American-ness.

More to the point, birthright. 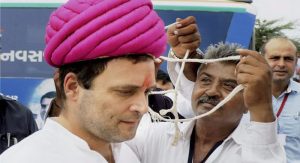 ** Does Mr Gandhi have the right to claim Hindu heritage when his mother is genetically European? 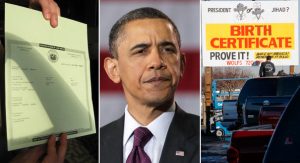 ** Did Mr Obama have the right to claim American authenticity despite being visibly black?

Both questions underline the societal faultlines in India and America. They run deep and are mostly not acknowledged by the world’s largest democracy and the oldest.

Who India deems Indian and America calls American may be different from the facts. Or from any logic but that of “group feeling”.  That is the vague but certain emotion that can seize a crowd, defying prediction or push back until the feeling passes. If it does. Sometimes, the group feeling lasts centuries, by which time countries and cartography have changed beyond recognition.

In the US, Donald Trump made his political fortune out of the crackpot conspiracy theory that Mr Obama was born outside of America and was therefore ineligible to be president. What was this based on but Mr Obama’s colour? The deep vein of racism in American society cannot be denied. Mr Trump, incidentally, is said to privately still hold the view that Mr Obama was not born in the US.

On to Rahul Gandhi. After 47 years as an Indian-born-and-bred man, his belonging is now somehow in question. Prime Minister Narendra Modi’s BJP has suggested Mr Gandhi signed a ‘non-Hindu’ vistors’ register at Somnath temple. BJP spokesperson Sambit Patra actually demanded Mr Gandhi “must say who he actually is”.

Mr Gandhi’s Congress party hit back hard, insisting their leader is more Hindu than most Hindus because he wears a janeu, the sacred thread.

Where does the BJP’s questioning of Mr Gandhi’s identity come from? It is rooted in an abiding suspicion of the “other”, the foreigner, the Sonia Gandhi genes in Rahul Gandhi’s body.

As a piece in The Times of India recently pointed out, “the most disturbing aspect of this entire debate is the normalisation of the idea that being a Hindu is the primary identity one is expected to have to make an impact in an election in this country.”

It goes on: “Let us assume for the sake of argument that Rahul is in fact a Christian. Does he in any way become less eligible to ask for votes from Indians who live in Gujarat? One would like to believe that 70 years after Independence, one’s Indian identity matters more than one’s religious identity in an election.”

In the US, birtherism is about being black and the ‘other’.

In India, birtherism is about being a non-Hindu ‘non-person’. 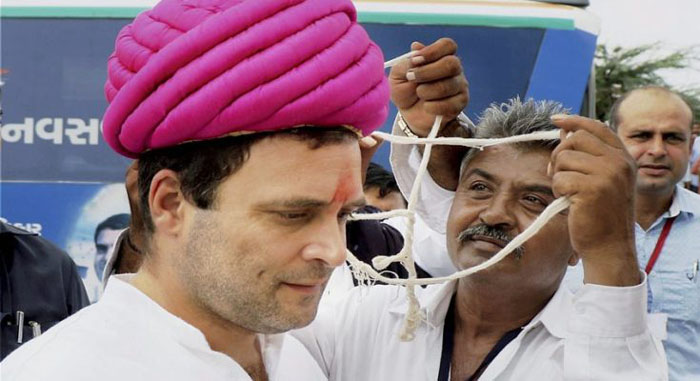