The Saudi Crown Prince should be pleased. A few months after his very public, much-touted promise of furthering and respecting the rights of women, Belgium is to send Riyadh its first female ambassador.

Brussels has said that its appointment of a woman as its envoy in the conservative country will send a “clear signal” about Belgian’s ideals. That sounds just a teensy-weensy bit ominous. It sounds almost as if Brussels expects its choice for Riyadh to face resistance or at least massive disapproval.

One has to wonder why.

Should the gender of a foreign envoy be an issue any more in Riyadh now that Crown Prince Mohamed Bin Salman (often known as MBS) has assured the world the Saudis will be ‘returning’ to the ‘moderate’ brand of Islam that is more to Saudi taste?

What does Brussels know that we don’t?

Or perhaps it simply feels that in despatching Dominique Mineur, currently the Belgian ambassador to the United Arab Emirates, to Riyadh in the summer of 2018, it is putting Saudi intentions to the test?

Or daring Riyadh to do its worst?

On the plus side, of course, Ms Mineur will arrive in Riyadh just in time to take advantage of MBS’s new plans for women to acquire driving licenses.

Some say that gender politics of the diplomatic sort is pretty pointless. This because many foreign female diplomats already work in Riyadh. Saudi royals often receive high-profile foreign female guests (the most recent being IMF chief Christine Lagarde, US First Ladies Melania Trump and Michelle Obama and US First Daughter Ivanka Trump).

Ambassador Mineur in Riyadh, they say, will at worst, be a distraction. And at best, she will be a symbol.

Perhaps. But make no mistake, symbols have significance. 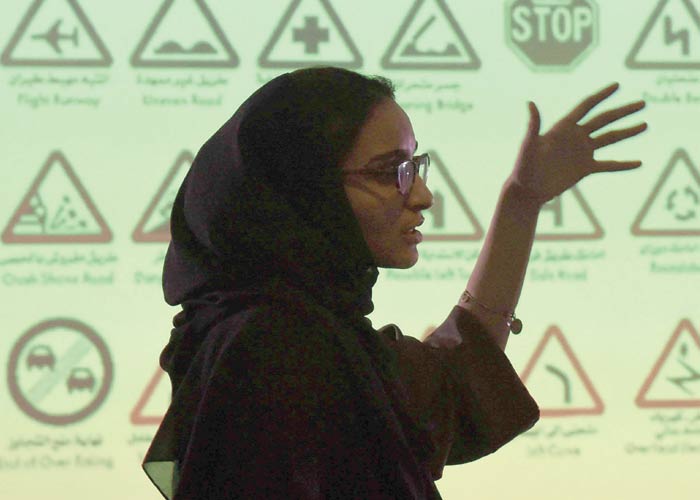