Bitcoin is the new hawala — no more, no less 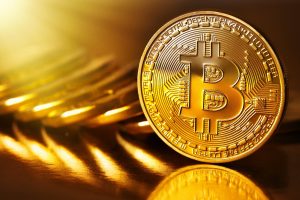 The Egyptians, Saudis, Turks and Lebanese are officially frowning on bitcoin, the cryp­tocurrency or elec­tronic form of money that almost no one but the very nerdy (or the very volatile) would seriously consider as an invest­ment. The Indians are similarly unimpressed, citing pretty much the same reasons as the Lebanese, namely that digital money carries great risk of deception, fraud and terrorist financing.

The irony is that almost all the above peoples have historically been big on hawala, the cashless money transfer system invented by Arabs centuries ago.

As far back as the late seventh century, as Harvard academic Frank Chester recounted in his 1896 paper, Arab businessmen were executing promissory notes or hawala with impunity. Chester gives an example from the tenth century Kitab al-Aghani of a “young man of the Koreish (tribe)” who came to someone called Amru bearing “a document to the amount of 20,000 dirhams with Sa’ids’ own signature and the signature of a freedman of his upon it.”

This remained the case for hundreds of years, with hawala getting new ballast in the 20th century from diasporic networks of Arabs and South Asians.

Now there is bitcoin, which may best be understood as the new hawala, with many of the same strengths and weaknesses. As the premier cashless money transfer system of the 21st century, bitcoin bypasses the traditional banking system, middlemen, money-transmitters and capital restric­tions.

Just like hawala, bitcoin does away with prohibitive commis­sions and currency exchange fees. Unlike hawala, which generally has no public (or even written) record of transactions, bitcoin does have some digital account­ing for all to see. However, the holders of bitcoin internet addresses — i.e., those who send and receive virtual money — as well as their location remain hidden.

Bitcoin’s similarity to hawala explains official scepticism towards it in many parts of the 9/11 world. In 2001 and again in 2002, UN Security Council resolutions noted that hawala made it impossible to tax or trace “dirty money” and that such transactions could potentially be abused by criminal elements, including Islamist radicals. Those arguments against hawala are now being reprised for bitcoin, albeit in a slightly different vein.

In October, the governor of the Lebanese central bank warned that the digital currency could spur cyber-crime. As 2018 began, Egyptian Grand Mufti Sheikh Shawki Allam said bitcoin carried risks of “fraudulence, lack of knowledge and cheating.” One of his advisers, Magdy Ashour, declared that the cryptocurrency is “used directly to fund terror­ists.” Saudi cleric Assim al-Hakeem lamented that bitcoin is “an open gate for money laundering, drug money and haram (forbidden) money.”

These are legitimate concerns. What’s puzzling is the religious tone of some of the objections. The Egyptians, Saudis and Turks have explicitly couched their criticism of bitcoin as a matter of faith. Egypt’s grand mufti said bitcoin was “forbidden” by Islam. This was echoed by a leading Turkish religious body. The Saudi cleric warned Muslims not to “get involved in such dubious transac­tions… (because) this is not an Islamic concept.”

It’s worth noting that no one objected to hawala on religious grounds until increased US pressure after the terrorist attacks of 2001 on the United States that called the practice into question.

It is probably fitting that bitcoin is causing so much virtual confusion in the tenth year of its existence as an online currency. Ten is a respectable age for something so ephemeral it’s hard for a layman to even properly understand the mechanics of a bitcoin transaction. Until late last year, when bitcoin’s value grew by more than 1,000%, the currency had been on the margins of international commerce but Japan has passed a law recognis­ing bitcoin as legal tender, seemingly opening a new world of legal, cash-less monetary transac­tions sans borders and the supervision of central banks.

The year ended with a craze for all things bitcoin with a company named Long Island Iced Tea Corporation seeing its share price rise nearly 300% after it rebranded itself as Long Block­chain Corporation. “Blockchain” is the technology that underpins bitcoin. Bitcoin’s prospects may have brightened further when PayPal co-founder and Silicon Valley investor Peter Thiel made a major wager on the cryptocur­rency perhaps in an attempt to deliver on his ambition to create a “new world currency.”

All of which may seem like a coup for bitcoin but its growing success appears to have provoked an unexpected backlash from Muslim clerics. Perhaps they feel challenged to provide a religious response to the new digital reality.