Arabic content is key to journey down the digital highway 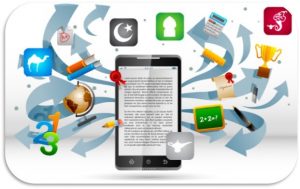 In a five-part series exclusive to The Arab Weekly, Hamouchi, 27, explains the digital gap in the Arab world and how it might be filled. Storytelling in Arabic is key to reim­agining society, she writes.

Hamouchi should know. The recipient of seven international prizes, including from Stanford, Morocco’s African Entrepreneurship Award and San Francisco’s Pari­soma Accelerator Programme, the Brussels-born-and-bred inventor founded Sejaal, which is Arabic for “discussion” or “exchange,” in 2016.

In the past year, Hamouchi has travelled to nearly a dozen Arab countries to learn what millennials want from a free app, which she has worked on with support from Silicon Valley. “We have market validation in 17 Arab countries,” she said.

That sounds about right consider­ing digital possibilities across sec­tors — from trade to finance to news and views — are proliferating across the region. The year ended with Saudi Arabia and China launching the “Digital Silk Road” initiative. In December, Sowt, one of the more prominent regional podcasters, promised a new show on Syrian ac­tivism as part of its original Arabic-language narrative offerings.

A great deal more is needed, however.

Hamouchi’s app for Arab millen­nials, which is expected in June, is designed to provide a range of con­tent, including quick and targeted learning through videos, infograph­ics and podcasts. It is meant to boost lifelong learning and profes­sional development, which is key in a region with the highest youth unemployment in the world.

Last year’s ASDA’A Burson- Marsteller Arab Youth Survey reported that one-in-three young Arabs said the biggest obstacle to regional development is unemploy­ment, a stark change from 2016 when half the youth identified the Islamic State (ISIS) as the region’s biggest problem.

Unemployment is linked to skillsets and that is where online learning comes in. The possibilities are immense, especially in the Mid­dle East’s largest demographic, its 200 million young people.

Internet access will continue to rise across the Middle East and North Africa, with the mobile network operators’ global trade body GSMA estimating that 65% of people in the region will have a smartphone by 2020.

This offers the potential for mas­sive change when taken together with rising internet usage. More young Arabs use social media, spe­cifically Facebook, to get daily news than they do TV or print, the Arab Youth Survey stated.

Hamouchi indicates that the digi­tal gap is wider than simply the is­sue of internet connectivity, access and usage. Digital Arabic content is just not that interesting, even when it’s available, she says.

Quoting Wamda’s industry brief on digital Arabic content, Hamouchi writes: “48% of Arab millennials are not satisfied with the quality of local websites.” In interviews with nearly 200 students in multiple Arab countries, Ham­ouchi said she repeatedly heard the words “boring” and “frustrating” with reference to digital Arabic con­tent. Young Arabs said they found the images on Arabic language sites “unattractive, low-pixel, violent and unartistic.”

“Western-style typographies don’t do justice to the artistic nature of Arabic calligraphy either,” Hamouchi writes. She notes that two projects in the Netherlands are working towards “a new era of Arabic typography.”

She emphasises the need for digital content meant for Arabic-speaking audiences to maintain its uniqueness, to respect, for in­stance, “the intuitive directionality (right-left)” of the language.

“Visual design, user interface and relevant storytelling” can transform Arabic digital content and have “a real scale-able impact on our societies,” she writes. “The need for digital Arabic content is societal. It will help diversify our economies and it is key to building a knowl­edge economy.”