By cutting out Trump’s America, the 2 Koreas ensure they remain extant

I don’t know about you, but I’m happy to be naively hopeful about North and South Korea’s decision to march together at the Winter Olympics’ opening ceremony. That the two countries’ athletes will march under a unified flag is a heart-warming piece of news to start the year.

One has to wonder if the bonhomie signals the start of something entirely new since fighting ended in the Korean War, viz. cutting Trump’s America out of the row. By neatly slicing Donald Trump – and his graceless, visionless, conception of the world; his shameless invective and itchy Twitter finger – out of the equation, North and South Korea ensure they will survive long enough to discuss peace or at least a state of no war.

It’s best not to get carried away – both countries have marched together at other sporting events too, including Olympic Games – but this time round, it feels slightly different.

Consider the small-mindedness and suppressed fury of the comment offered by Mr Trump’s aide, Michael Anton, on the announcement that North and South Koreans will march under one flag at the Winter Olympics: “North Korean propaganda is in a category all its own. It is not surprising that North Korea is sending more cheerleaders and musicians than athletes.”

By cutting out Trump’s America, the two Koreas ensure they remain extant. It’s as simple as that. 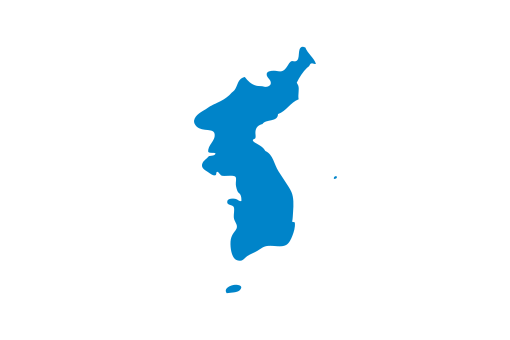