That, in sum, is the basic mantra of The Longevity Diet, a new book that’s set to launch a fad for eating in a way that slows ageing and boosts health.

The book is by Valter Longo, is a pioneer in the study of food’s impact on health. Professor Longo is director of the Longevity Institute at the University of Southern California and the Program on Longevity and Cancer at the Molecular Oncology FIRC Institute in Milan.

The most startling bit about Professor Longo’s observations is his discovery that fasting makes the body’s cells stronger.

The Times’ article is behind a paywall, so I’ve cut and paste it below for those who’re interested. But really the five steps I’ve listed above are all you need to know.

Eat less, live longer: the diet that holds the key to staying young

After 30 years of research, Professor Valter Longo believes he has created a diet that could help you live to 100

When Walter Longo was five years old he watched his grandfather Alfonso, who was in his late sixties, die a slow death. On the day he passed away, Valter vividly remembers all his Italian relatives calling out his grandfather’s name, trying to wake him up — but Longo intuitively knew he was dead: “I said, ‘Can’t you see that he has died?’ I was like a doctor — very rational in that moment. It was an introduction to death that most five-year-olds do not have: I started viewing life as temporary.”

Longo, who grew up in Genoa, was painfully aware that he missed his grandfather and wanted to stop people dying for as long as possible. From that day he decided that he needed to devote himself to a study of ageing. “At the back of my head was always the thought ‘I am going to die’, ‘My parents are going to die’. Studying ageing became the most important thing I could do.”

After 30 years of careful research and numerous scientific trials, Professor Longo is a pioneer in his field. He is director of the Longevity Institute at the University of Southern California and the Program on Longevity and Cancer at the Molecular Oncology FIRC Institute in Milan. He has studied the effect of food on the ageing process and observed the habits and lifestyles of centenarians. His best-known discovery — for which he found evidence over 20 years ago — is that fasting can cause the body’s cells to regenerate. He has championed it as a means of slowing ageing and fighting disease even when it was nowhere near being taken seriously by the medical profession.

Fasting helps with weight loss, of course. Most of us are familiar with Dr Michael Mosley’s popular Fast Diet (also known as the 5:2). Mosley was influenced by Professor Longo’s research. “He is one of the real scientific pioneers when it comes to researching the impact of food (or lack of it) on health,” Mosley says.

Longo is publishing a book called The Longevity Diet. Its methods, he says, will dramatically slow ageing and boost health. It is a mostly vegan diet, but includes fish two or three times a week. The book also advocates a five-day, restricted-calorie plan at least twice a year. He calls this a “fasting-mimicking diet” because it has the benefits of fasting but you are still eating 800 calories a day.

Contrary to fashionable diet programmes, he does not believe that we should cut out carbohydrates. “I think sugars should be low, starches (pasta, bread, rice) should be low to moderate, and carbohydrates from legumes and vegetables should be high. I’m pro carbs, proteins and fats, and against carbs, proteins and fats: it is about type and quantity and not about demonising one macronutrient or the other. This is one of the most important messages of the book. Another example — animal fats are generally bad but olive oil, nuts and salmon contain fats that are good for you and associated with increased health and longevity.”

All food should be consumed during two or, at most, three meals within a window of 12 hours or less every day. Coffee and alcohol in moderation are allowed — red wine is preferred. If followed and combined with exercise, Longo claims that some people can expect to live to 100, maybe even 110.

Longo discovered the restorative power of fasting about 25 years ago, when he deprived yeast cells of sugar, using only water as sustenance. Instead of becoming weak and dying they became stronger and lived longer. The results were so controversial that scientific journals refused to publish them. But the same turned out to be true of bacteria and mice. And, it turns out, humans. He is now considered one of the most influential voices in the “fasting movement”; and he is accepted — if not completely embraced — by the medical community. “Historically, most of the medical community was pretty solidly against fasting . . . They have often criticised it as dangerous.” Now, he says, “it is much more accepted in a subgroup of doctors. The majority are starting to be interested in it and want to know more about it.”

“No, I don’t enjoy it at all,” he says bluntly when I ask him about doing the five-day fast himself. “But I can tell the difference, not only in health but also in mental clarity. It has a spiritual effect too because it isolates you from the rest of the world.”

Longo is 50 but could pass for at least 10 years younger. “I do have grey hair,” he says, in his pronounced Italian accent, lifting up a lock of hair to show a couple of strands of grey.

His childhood diet centred on pasta, minestrone and tomatoes, with occasional fish or meat. Arriving in the US aged 16 to stay with an aunt (he wanted to escape Italy and become a rock star), he switched to a diet of hamburgers, chips, Tex-Mex and fizzy drinks. “It didn’t occur to me yet that my diet could affect my health,” he writes in his book. After settling in Chicago, he moved to the University of North Texas to pursue an undergraduate degree in jazz performance. But in the second year he decided to transfer to biochemistry to study ageing.

He insists that he never feels he is depriving himself. “I love food. I’m never hungry, my friends can’t believe how much I eat — but people don’t understand food. I eat much more food [than others] but much less calories.”

Needless to say his lifestyle makes relationships difficult. “I live alone, I broke up with my ex-girlfriend recently.” He has no children, but “hopefully at some point . . . ” Is it not an option to have a relationship with someone who, say, eats hamburgers? “It’s like saying if someone was a communist, could you live with a fascist.” He ponders this for a moment: “I guess maybe if the fascist was willing to become a socialist? But if the fascist was a real fascist then it would be tough . . . Most of my girlfriends have been reasonably willing to try [the diet].” 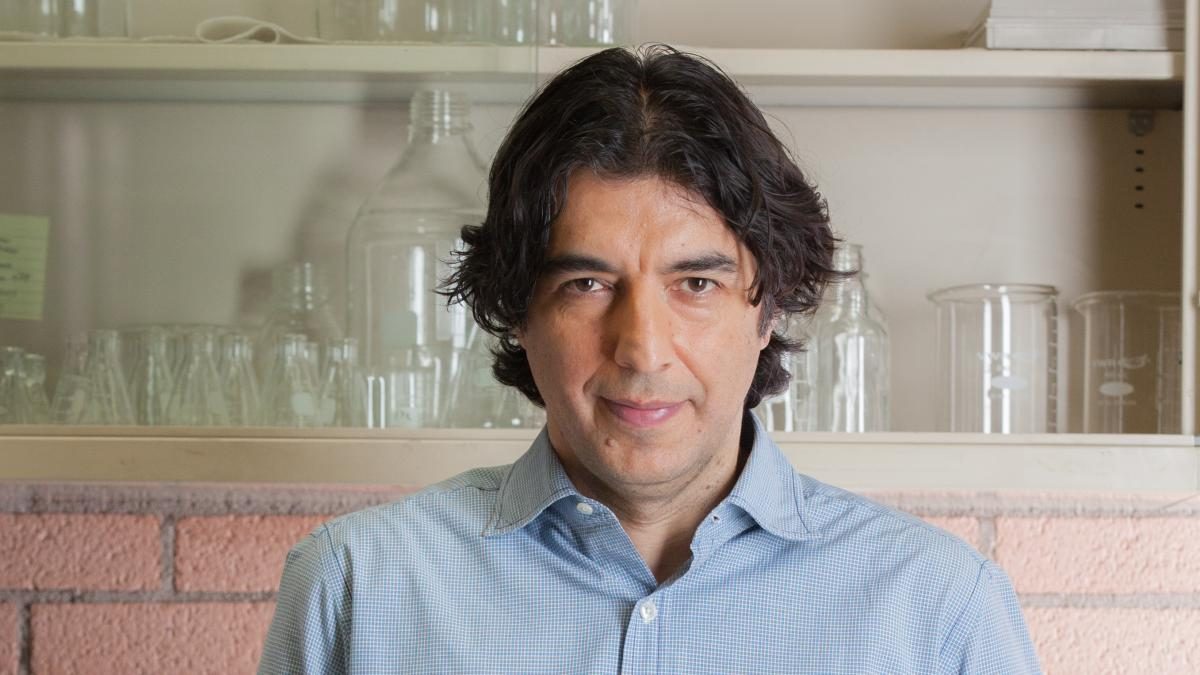