Trump is wrong on guns for teachers & on climate change. Only one is a domestic issue 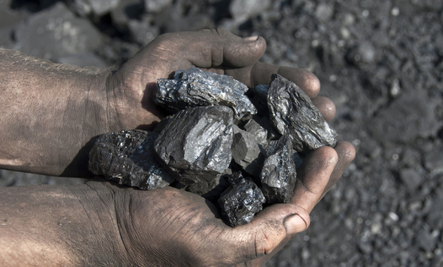 Gun control is a domestic issue for America but climate change is not.

On guns, only the American public can force the Trump administration and the Republican Party to start down the road to change.

But on climate change, the world must force the US government to realise that it cannot behave like a disruptive global citizen and get away with it.

I’ve said this before: why is no one talking of a carbon tax on US exports?

US president Donald Trump’s opposition to the Paris climate agreement led him to withdraw his country in June from the 2015 voluntary pledge by nearly 200 nations to curb greenhouse-gas emissions. It made a pantomime villain of the United States, which played the role to the hilt at the Bonn talks and more recently at Davos. To Bonn, Mr Trump’s America ostentatiously sent a champion for clean coal to a conference that’s steadfastly opposed to fossil fuels. As one news report put it, the Trump White House “staged a forum promoting fossil fuels and nuclear power.” And US State Department negotiators in Bonn worked hard to prevent big future payouts by rich countries to poor ones to help with climate change measures. In Davos, Trump administration officials went around suggesting that fossil fuels powered “freedom”, a ludicrous, almost cartoonish way to describe the basic thrust of what they want – leave us alone to “dig coal”, use oil and gas and pollute as we’ve always done.

The outrage expressed by climate change campaigners is obscuring a key fact. With the best will in the world, renewable energy will not usurp the place of fossil fuels at least until the middle of this century. In 2015, the International Energy Agency estimated that the share of global energy provided by renewables—a mere 14 per cent in 2012—would increase only slightly by 2040. It would go up to roughly 19 per cent, the Agency suggested.

But things have progressed much faster and better than the estimate. Scientific American reported in April 2015 that “wind and solar installations have been running at nearly twice the rate of the IEA’s projections for long-term capacity growth, suggesting that its projections of renewables’ share of global energy are much too low.”

It may take a whole for oil to overtake coal and so it would probably make sense to have clean coal as an interim measure, if we can somehow do it.

“Somehow” is the key word. Coal can never really be clean for all the PR big bucks thrown at it.

Some would say that Trump is spinning fairy stories by selling clean coal as a solution to climate change.  May be it’s self-delusion. But a pleasant one.

I don’t agree with the Trump administration’s climate change denialism but it’s right on this particular point – we do need clean interim fuels. It is right, if only for the wrong reasons.