Trump popcorn mix and the nor’easter from North Korea

Who would’ve thought the nor’easter forecast for Washington, D.C. would be straight from North Korea?

So it turned out on Thursday night.

Fresh from a week of snow in London, I could barely credit the sight of snowflakes in Washington, D.C. But there it was – spotty rain showers on Tuesday evening mixed in with sleet and snow.

The Washington Post warned of “the second big nor’easter in five days”, and that it would become “a big snow producer from Philadelphia to Boston”.

The northeast of the US was said to be preparing for a snowstorm with more than 1,600 flights cancelled and some Amtrak trains between New York and Washington, D.C. affected.

But there is a bright spot too. The fragile prospect of peace. Kim Jong Un’s invitation to Mr Trump to meet has been accepted. 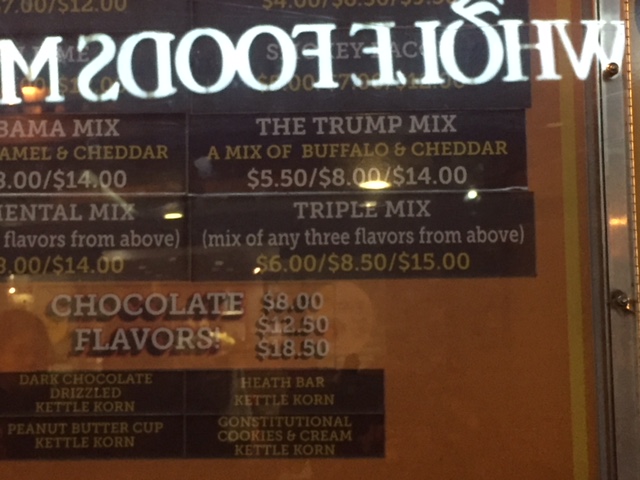