Russian spies are falling like flies on British soil. Something needs doing

Tom Tugendhat, chair of the British parliament’s Foreign Affairs Committee, has called for a new toughness against Russian oligarchs, “the new Russian aristocracy around the Tsar (Vladimir Putin).”

The idea, according to Mr Tugendhat, a former army officer, is that Mr Putin and his ruthless network should feel at least some of the pain they inflict here in Britain.

Eight days ago, there was a grotesque and extraordinary attack on British soil on a former Russian spy and his daughter. A nerve agent was used in the English city of Salisbury. Now, people who might have been in the vicinity of the father and daughter are being warned they might be at risk. Russia denies involvement in the poisoning of Sergei and Yulia Skripal but nerve agents are not the usual tool in suburban English crimes of passion and property.

This is the second time in 12 years that Britain has been the venue for murderous strikes on former Russian spies.

The first case was that of Alexander Litvinenko. He suffered death by poisoning from radioactive polonium-210 right in the heart of London. For weeks afterwards, I passed the restaurant where Litvinenko had last met someone with a frisson of fear.

Ten years after his death, the events that befell Litvinenko were judged by a public enquiry in London to have been an FSB or Russian intelligence operation. After the London enquiry, the then Home Secretary Theresa May said the murder was a “blatant and unacceptable” breach of international law.

Now, nerve agents are used on the Skripals.

Whoever did it, there is little doubt that officialdom needs to respond. Something needs to be done. Britain has to ensure rule of law on its soil. Does that mean clearing away bad elements? Tackling the notion that anyone and everyone has impunity in the UK? Or at least, that the Russians don’t?

The last one, at the very least. 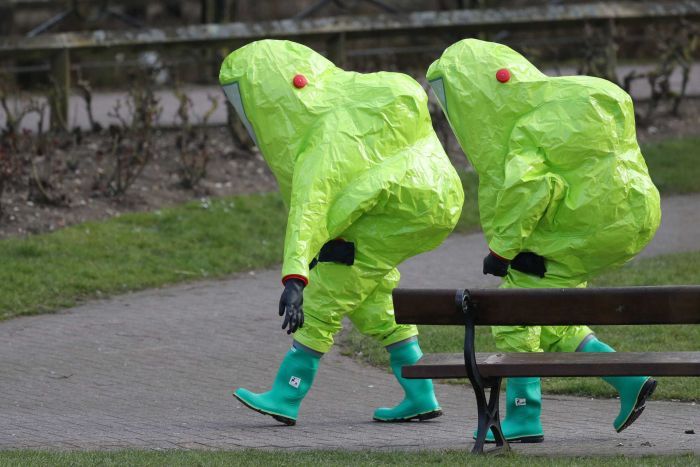