Take a look at the US State Department’s website and you wouldn’t know that a certain Rex Tillerson used to be America’s chief diplomat. Until March 31, 2018 actually.

Mr Tillerson was head of Exxon Mobil, the world’s largest publicly traded international oil and gas company, until he agreed to Donald Trump’s request he become the businessman-president’s secretary of state.

No one knows why he decided to change jobs – and his life and the way he will forever be remembered – but Mr Tillerson did. It proved to be a poor decision. Mr Tillerson was a poor pick for secretary of state and a poor fit for the job. As a non-political non-diplomat, serving a profoundly undiplomatic, government-bashing president, he was bound to serve badly. He did.

But, by all accounts, Mr Tillerson is a decent man. And he was secretary of state for a year, howsoever much the US State Department has tried to scrub him out of the digital narrative.

In mid-March, he was fired by Mr Trump on Twitter. His formal reign ended only on March 31. Ever since the State Department website is about the current placeholder in the job, Deputy Secretary of State John Sullivan. That’s until Mr Trump’s nominee for secretary of state, Mike Pompeo, gets confirmed and charges through the doors.

Only if you type in a specific search “Rex Tillerson” does the State Department website yield any references to its recent boss. In essence, that suggests Mr Tillerson is dead to the department he headed and to the Trump administration he served.

What does it mean to white out a person’s work record? What does it mean to institutionally un-person them? Someone in the Arab world suggested it was rather “third-world”. That might be deemed a non-PC comment. More to the point, it’s not strictly accurate. Un-personning someone is more Soviet than “third world”.

Even so, I think I understand what the Arab meant by “third world”. He was talking about the petty vengefulness that can mark (and mar) governance in countries where rule of men rather than rule of law holds sway. 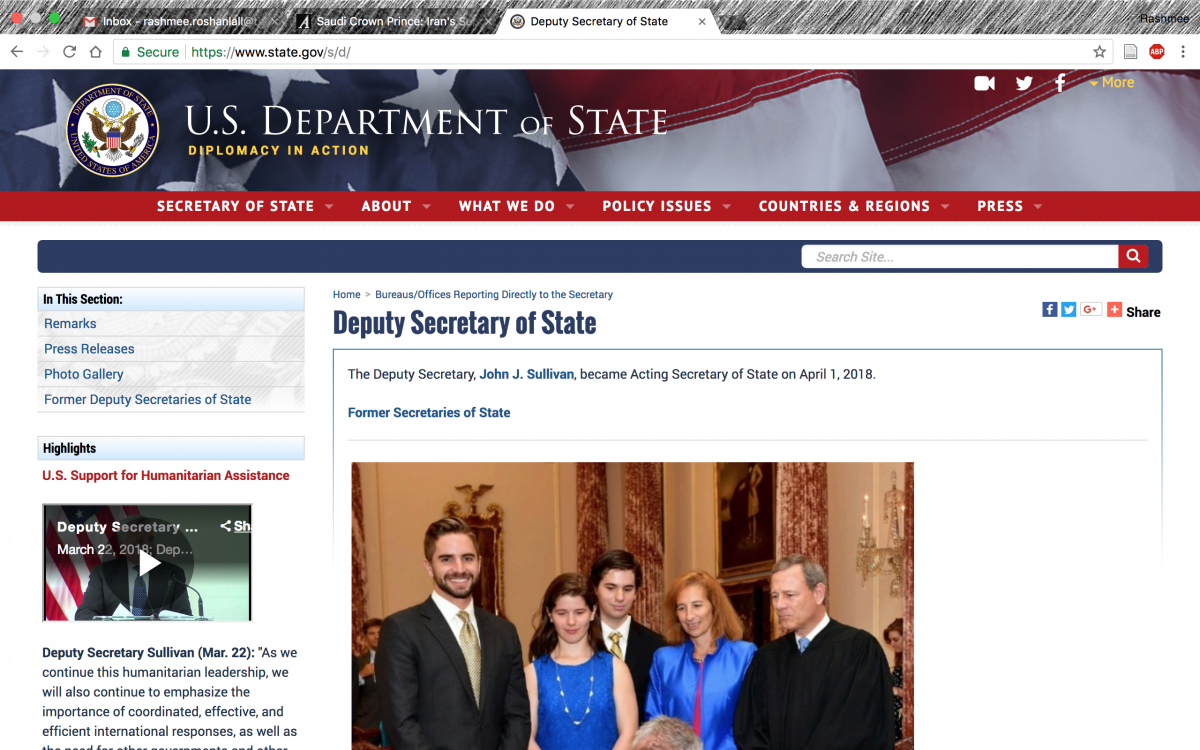