Indian legal migrants should still be able to work; their children need a DACA deal 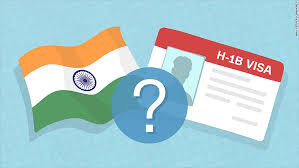 Why the Trump administration would prevent spouses of H-1B visa-holders from working is not hard to understand.

It shows toughness. And surliness.

It was a few months ago that the Trump administration announced it would rescind an Obama-era program that allowed H-1B visa-holders’ spouses to work. In June, it’s expected to come to pass, with consequences both short-term and more long-lasting.

First, the Indian wives of H-1B visa-holders will have to give up their jobs (many of them are themselves highly educated and have sought-after skills.) Second, the administrative surliness towards highly-skilled workers will affect the way Indian techies think about applying for US jobs.

I know it’s not happened just yet. As The New York Times reports, “In 2018, for the sixth consecutive year, the federal government was so flooded with petitions it stopped accepting them within a week. On Friday, (April 6) officials announced they had reached their annual cap within five days and would resort again to a computer lottery to select the targeted 85,000 recipients. Universities and research organizations are exempt from the cap.”

The report continued: “Nearly 365,000 H-1B petitions were approved in the 2017 fiscal year. This number includes first-time applications subject to the cap and renewals, which are not capped. Three-quarters of them went to Indian nationals.”

Okay, so demand for H-1B visas was high in 2018 just as it has been for years. And it is Indians who’re still queuing up for the chance to live the American dream.

But what happens when there’s little chance of having the dream even though you do get to America? What happens when the H-1B visa-applicant gets the longed-for call but his spouse is not allowed to work? The family will have less disposable cash and perhaps will have to defer the decision to have children. Meantime, the home-maker won’t be joining in the life of the country in the way she might. (Spouses have launched hashtags #standwithh4ead and #saveh4ead.) Sooner or later, the visa-holder might judge it to be too unsatisfactory and will leave the US.

But isn’t that exactly what the Trump administration wants?

For coloured people not to get ideas above their status; to not presume to live like “Americans”, whoever the ideal American is. (It’s not Donald Trump or Melania).

The NYT offers further interesting information about the hardships (dating back before the Trump administration) suffered by Indian legal migrants to the US. If their family has applied for a green card but hasn’t received it before the child turn 21, the young adult must leave the US.

The chances of this are very high for Indians and it does seem rather hard that their children, who have lived all their life in the US, have to leave the country they know best.

Just like the Dreamers, young people brought illegally to the US, those youthful Indians would suffer the acute pain of separation. Even though they were in the US legally.

That is unfair and quite wrong.