How an Alabama newspaper front page became a memorial

When the installation formally known as the National Memorial for Peace and Justice opened on a hill overlooking downtown Montgomery, Alabama, the executive editor of the city’s largest newspaper explained the remarkable mea culpa offered by The Montgomery Advertiser. 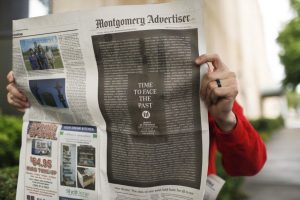 Bro Krift explained that The Montgomery Advertiser, founded 1829 before the Civil War, had decidedly played a role in the lynchings of black people and that in 2018, it wanted to acknowledge that.

The link between the National Memorial for Peace and Justice and lynchings is this: it is popularly being called the lynchings museum because it commemorates the more than 4,400 African-Americans who were murdered, often publicly, by whites as they sought to perpetuate a racist social order.

The role that papers such as The Mongtgomery Advertiser played in the ritualised inhumanity towards black people is described by Mr Krift in a BBC interview of April 27, 2018. (Click on the link. The interview starts at 20:21, is interrupted by five-minute news bulletin and then continues to 31:56. Overall, it is probably a seven-minute interview). Have a listen if you can, but if not, let me paraphrase some of the high points:

The Montgomery Advertiser, which started life as The Planter’s Gazette and only got its current name in 1833, did not pay much attention to the victims of lynching, beyond describing them as “born murderers” and suchlike. It effectively cheered on the culture of racist violence.

Then there was the Advertiser’s story on a black man pulled out of a buggy by masked men and accused of murder. He was put on the roadside and shot in the back of the head. The paper described the man who was shot and his brothers as “born murderers despite that the family was hard-working”.

Mr Krift also recounted the exclamation point (very unusual in newspaper copy) used to describe a man who was lynched. We said he was “caught!” said Mr Krift. And when the man was buried, the paper wrote that he was “planted in the ground”. Obviously, planted is a “loaded word” that dehumanises the person, making it seem like he was a shrub or a plant being put in the ground, said Mr Krift. It was an idea consistent with the notion at the time that African-Americans were not considered fully human. Sometimes it was sanctioned by law.

In a sense, The Montgomery Advertiser’s front page is a memorial almost as much as the new lynchings museum. For, it is a magnificent tribute to remembering the past, reflecting on it and renewing the promise of our shared humanity. 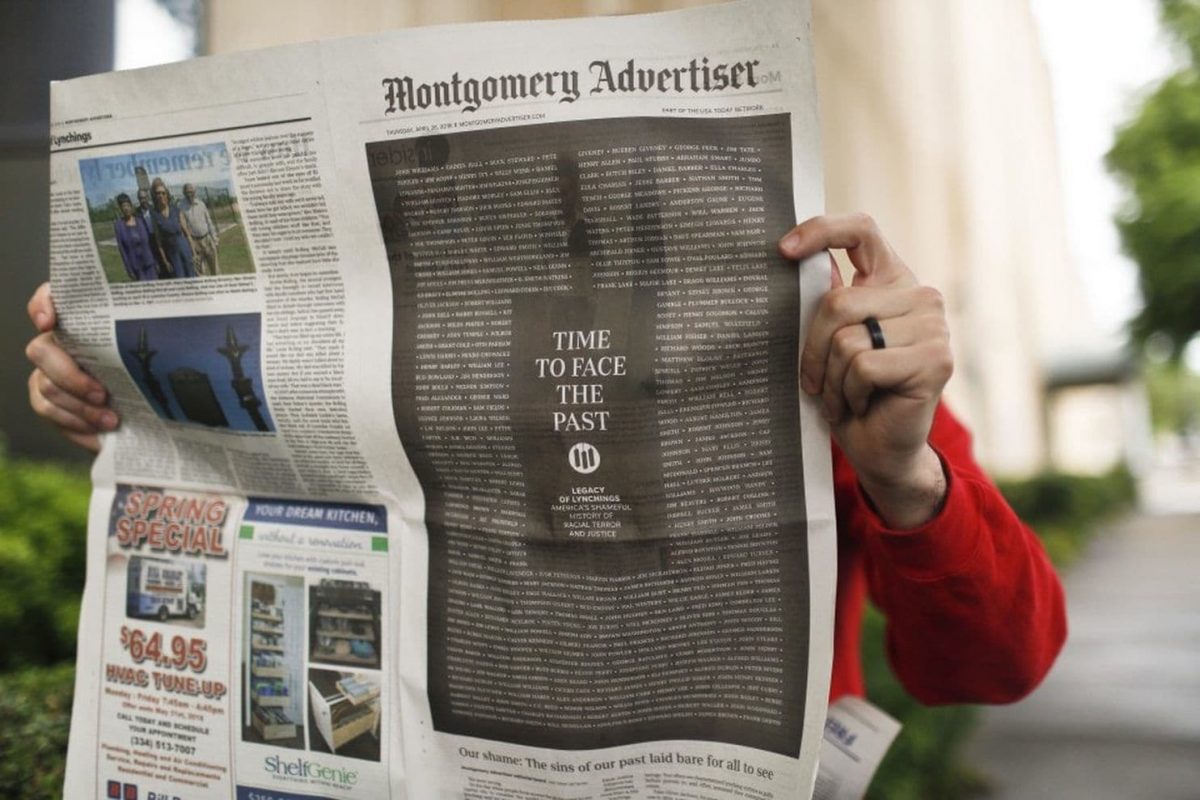