What’s with all the ‘swagger’ stuff at the US State Department? 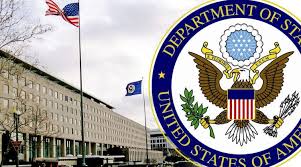 Mike Pompeo, Donald Trump’s second Secretary of State, first said he wanted the State Department to get back its “swagger” during his Congressional confirmation hearings.

Now, he’s said it again. On Tuesday, May 1, in his first real day of work at the headquarters of the State Department, Mr Pompeo repeated the word. “Swagger”, he said again, with some relish.

His actual remarks were as follows:

“I talked,” he said in reference to earlier comments, “about getting back our swagger, and I’ll fill in what I mean by that, but it’s important. The United States diplomatic corps needs to be in every corner, every stretch of the world, executing missions on behalf of this country, and it is my humble, noble undertaking to help you achieve that.”

I mentioned Mr Pompeo’s repeated use of the word “swagger” to a few State Department functionaries and they responded in tones of surprise. One interlocutor, who served  the State Department for nearly 30 years, laughed disbelievingly. “In my decades at the Department,” the individual assured me, “no one would ever have used that word to describe what we do, or what we should do.”

It’s a point of view, of course, but one that is shared by English dictionaries. They define “swagger” as follows:

walk or behave in a very confident and arrogant or self-important way.

“he swaggered along the corridor”

a very confident and arrogant or self-important gait or manner.

“they strolled around the camp with an exaggerated swagger”

The word has its origins in the early 16th century and it’s not something anyone of good taste or discernment would want to be seen doing.

Then there’s the Trump administration.