Pakistan has a new self-confidence, and it has Chinese characteristics

What’s happening with Pakistan five months into a year that began with Donald Trump’s first tweet of 2018 accusing the country of “lies and deceit”?

Well, just days ago, Pakistan opened a shiny new international airport and advertised it as a sign of pleasantly evolving prospects.

Pakistan continues – stubbornly and successfully – to resist American attempts to secure the extradition of Shakil Afridi, the jailed doctor who helped the CIA hunt down Osama bin Laden in Abbottabad. Mr Trump had promised to get Dr Afridi released, but for now, that’s not happening.

And Imran Khan, the cricketer-turned-politician who will run for prime minister in forthcoming parliamentary elections in Pakistan, recently pointed out a key marker of change in his country. The army, he said, is not about to intervene directly in politics, as it often has in the past. The army used to do that, Mr Khan told The Economist’s Open Future series, because Pakistan’s politicians were so bad (Zulfikar Bhutto being the last PM “of quality”). He also slammed President Trump for failing to understand Pakistan’s sacrifices in the war on terror. This reflects a widespread sense of ill-usage within Pakistan at the hands of the US.

Mr Khan is known to be a bit of a political loudmouth, and has drawn criticism for an overly cosy relationship with the Pakistani army, but on one count, he may be right. The army does not seem to be keen right now to take charge of Pakistan’s many problems perhaps because it knows this isn’t a war it can win. So there is a chance for Pakistan’s politicians to seize the moment, to think and to do. But that’s only if they’re so minded. As Mr Khan rightly pointed out, “The real problem is governance. What Pakistan needs is governance.”

Of course, it’s easy to talk of solutions when in opposition.

But taken together, the recent developments may show that something is stirring in South Asia.

Pakistan has a new self-confidence, and it has Chinese characteristics. 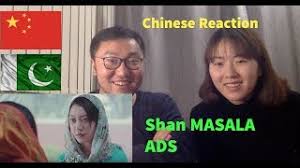