It’s not democracy Vs epistocracy: The elected should seek expert advice 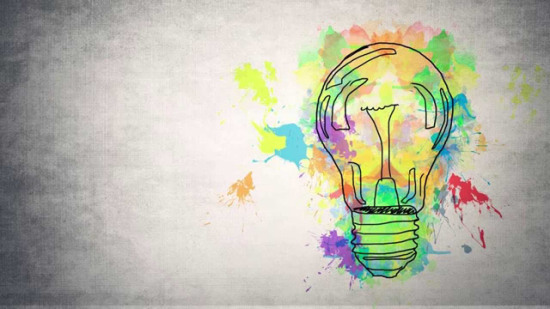 One of the most famous images in philosophy concerns something we recently discussed: rule by those who know. (Click here to read the re-done blog on the subject).

The image is Plato’s similie of the captain of a ship and it comes in Book 6 of the ‘Republic’.

Socrates, the main protagonist, paints a vivid word picture for his young interlocutors, Glaucon and Adeimantus, of the rank ignorance that prevents people from embracing true knowledge in governance and policy. Nowadays, we would probably call true knowledge “expertise”. (Some might even call it “the smarts”!)

Here’s the exchange and it really does make one think. Surely, it’s a no-brainer to pick someone who knows a subject – ie, the expert – to advise on something that needs subject matter knowledge?

This is not an argument about the merits of democracy versus the epistocracy. Surely, it is about good sense?

FROM BOOK VI OF THE ‘REPUBLIC’

Socrates: “Imagine then a fleet or a ship in which there is a captain who is taller and stronger than any of the crew, but he is a little deaf and has a similar infirmity in sight, and his knowledge of navigation is not much better. The sailors are quarrelling with one another about the steering—every one is of opinion that he has a right to steer, though he has never learned the art of navigation and cannot tell who taught him or when he learned, and will further assert that it cannot be taught, and they are ready to cut in pieces any one who says the contrary. They throng about the captain, begging and praying him to commit the helm to them; and if at any time they do not prevail, but others are preferred to them, they kill the others or throw them overboard, and having first chained up the noble captain’s senses with drink or some narcotic drug, they mutiny and take possession of the ship and make free with the stores; thus, eating and drinking, they proceed on their voyage in such manner as might be expected of them. Him who is their partisan and cleverly aids them in their plot for getting the ship out of the captain’s hands into their own whether by force or persuasion, they compliment with the name of sailor, pilot, able seaman, and abuse the other sort of man, whom they call a good-for-nothing; but that the true pilot must pay attention to the year and seasons and sky and stars and winds, and whatever else belongs to his art, if he intends to be really qualified for the command of a ship, and that he must and will be the steerer, whether other people like or not—the possibility of this union of authority with the steerer’s art has never seriously entered into their thoughts or been made part of their calling. Now in vessels which are in a state of mutiny and by sailors who are mutineers, how will the true pilot be regarded? Will he not be called by them a prater, a star-gazer, a good-for-nothing?

“Then you will hardly need, I said, to hear the interpretation of the figure, which describes the true philosopher in his relation to the State; for you understand already.

“Then suppose you now take this parable to the gentleman who is surprised at finding that philosophers have no honour in their cities; explain it to him and try to convince him that their having honour would be far more extraordinary.

“Say to him, that, in deeming the best votaries of philosophy to be useless to the rest of the world, he is right; but also tell him to attribute their uselessness to the fault of those who will not use them, and not to themselves. The pilot should not humbly beg the sailors to be commanded by him—that is not the order of nature; neither are ‘the wise to go to the doors of the rich’—the ingenious author of this saying told a lie—but the truth is, that, when a man is ill, whether he be rich or poor, to the physician he must go, and he who wants to be governed, to him who is able to govern. The ruler who is good for anything ought not to beg his subjects to be ruled by him; although the present governors of mankind are of a different stamp; they may be justly compared to the mutinous sailors, and the true helmsmen to those who are called by them good-for-nothings and star-gazers.

“Precisely so, he said.

“For these reasons, and among men like these, philosophy, the noblest pursuit of all, is not likely to be much esteemed by those of the opposite faction; not that the greatest and most lasting injury is done to her by her opponents, but by her own professing followers, the same of whom you suppose the accuser to say, that the greater number of them are arrant rogues, and the best are useless; in which opinion I agreed.”