A controversial take on ‘nakba’, Palestinians’ displacement: end it in the mind 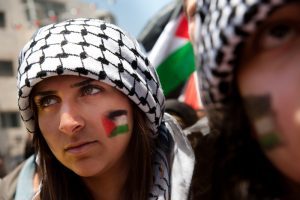 “Reading makes immigrants of us all,” the novelist Jean Rhys once said. “It takes us away from home, but more important it finds homes for us everywhere.”

Rhys could be said to know something of displacement. She was born in the Caribbean but left in her teens to live mainly in England. Not much like the displacement of a whole people one might say. But then each individual feels displacement in their own way.

Jeff Jacoby, a conservative American columnist, recently offered an interesting, if controversial take on displacement, the Nakba (Arabic for catastrophe). That was the displacement suffered by Palestinians 70 years ago.

For those who’re not entirely au fait with the Nakba, it is what happened to the Palestinians on May 14, 1948. The flight of 700,000 Arab refugees from the infant state of Israel resulted in the physical and emotional displacement of a whole people. The Palestinian Authority continues to claim a “right of return” for the original refugees and their descendants. More than 1.5 million Palestinians live in dozens of refugee camps administered by the United Nations. Other than Jordan, no Arab state grants citizenship to the displaced Palestinians.

Mr Jacoby suggests that the Palestinians have it within themselves to end the Nakba’s force as a recurring catastrophe. They must, he says,  allow themselves to believe that “the best hope for refugees lies in resettlement, not in dreams of return.”

He goes on to write: “The Palestinian refugees’ worst catastrophe wasn’t displacement, a fate they have shared with much of mankind. It was being fed a lie — that the clock will be turned back, and the last 70 years undone. The grandchildren and great-grandchildren of the 1948 refugees, whether they live in Lebanon or Jordan, in America or the West Bank, are not refugees. They are at home. That is how they should think of themselves. That is how they should insist that the world think of them. No one is going back to the 1940s. Once Palestinians stop believing otherwise, the ‘nakba’ will be at an end.”

This is a controversial prescription and the response to it is all too predictable. Palestinians and those who support their cause will reject it furiously. They will argue that it’s easy for someone like Mr Jacoby to sit comfortably at home in his country, and advise the unjustly displaced to let bygones be bygones.

Those who support Israel will say the Palestinians should forget the lands they left because they were only temporarily inhabiting them anyway. The Jewish people, they will say, have rightly returned to their millennia-old homeland and its “eternal capital”, Jerusalem.

The pragmatic may say that Palestinians really do need to move on, rebuild their resources as a people and possibly reclaim the settled community within diasporic spaces, the imagination and may be, one distant day, in a physical location in or near their long-ago home.

Each of these responses says a great deal. Indeed, Mr Jacoby’s glib prescription is all too easy for someone who is not personally affected by the Nakba. And the Israeli argument is what it is – the victor’s narrative.

But it is true too that the Palestinians need to find a sense of home wherever they are. Permanent refugee-hood is emotionally draining. They need to recoup – for another day.