Did you too wonder about whole families blowing themselves up in Indonesia?

Did you wonder too about whole families blowing themselves up in Indonesia?

I refer, of course, to three instances in May of suicide bombings carried out by families, including children.

Apparently the three families knew one another and regularly attended lectures given by the same Indonesian preacher.

Even so, what on earth is this about? Why would whole families become suicide bombers?

According to Sidney Jones, a political analyst and terrorism expert based in Southeast Asia, this changed profile of suicide bombers in Indonesia is the result of the reverses suffered by ISIS in the Middle East.

She says that the “surge of activity” in Indonesia right now is at least partly because of “Ramadan, typically a time of renewed militancy among extremists.” Ms Jones, who is director of the Institute for Policy Analysis of Conflict in Jakarta, cites ISIS exhortations via the Telegram messaging app to attack the “assets of nonbelievers (in) your own cities”. This has a broad and deep meaning because ISIS asks people to burn malls, destroy the economy by withdrawing money from banks and so on.

But surely that doesn’t explain how entire families were motivated to launch suicide attacks?

Ms Jones suggests though she doesn’t use these exact words – that it’s about intact illusions. This means, “the ISIS faithful whose illusions about the promise of the caliphate haven’t been dashed by the direct experience of hardship, discrimination, hypocrisy and corruption that fighters who went to the Middle East described when they returned.”

Families who followed the Surabaya preacher may suffer the intact illusions syndrome. The preacher was arrested in Turkey in 2017 and deported back to Indonesia after trying and failing to get into Syria for nearly a year, along with more than a dozen relatives and friends.

Additionally, says Ms Jones, the recent attacks target “the same local enemies — Christians and the police — they were targeting before ISIS even existed.” Rather than attacking “foreigners representing the countries that fought ISIS in the Middle East”, Ms Jones points out, Indonesian extremists are doing what they always did. She also suggested that the attacks in Indonesia “underscore the fact that Islamist terrorism is not just about men”.

That is a gender (and as seen in Indonesia, non-age-specific) equality that’s hard to celebrate.

Many Indonesian Muslims, just as much as Muslims and people of all faiths or none elsewhere, are repelled. 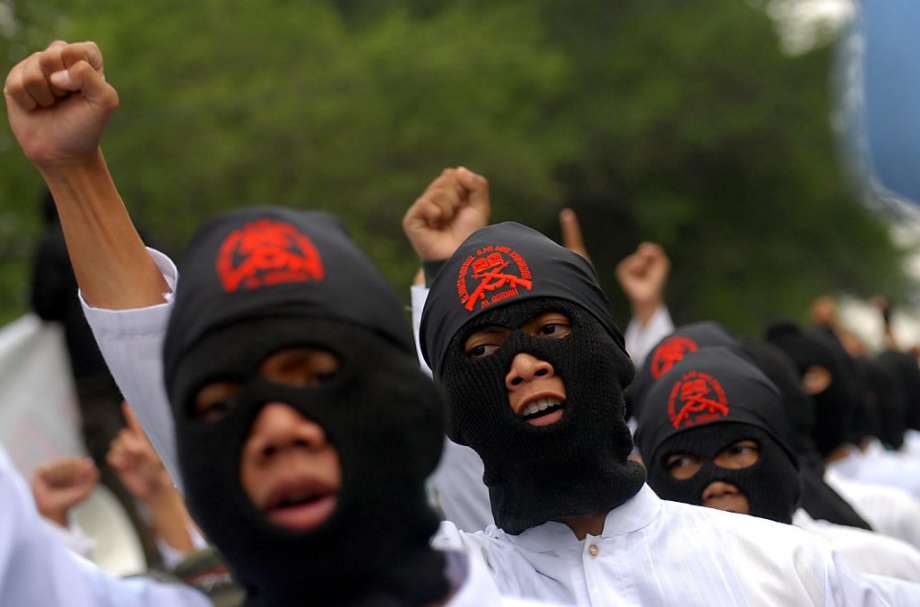