In Tamezret, Tunisia, a 2,000-year-old Berber kitchen in a mountain cave

Mr Bouras, an architect who left Tunis to return to his Berber home, started the museum 18 years ago out of a passion to preserve and tell the story of the Amazigh people. They are an ethnic group indigenous to North Africa, and are primarily in Algeria, northern Mali, Mauritania, Morocco, northern Niger, Tunisia, Libya, and a part of western Egypt.

The result of Mr Bouras’s efforts is an extraordinary collection of Berber costumes and household wares, including a grinding stone such as we saw in the Ben Nasr’s troglodyte house. 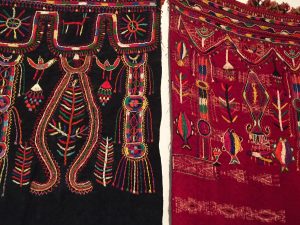 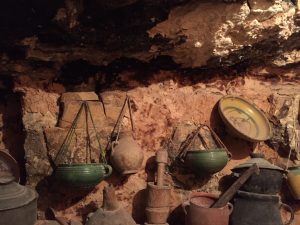 And then there are the stories. Of the Berbers’ secular attitude to all religions. Their notion of the circle that completes man and his relationship to the sky.

Then there is a unique chance to wander into a 2,000-year-old cave, dug out by those who lived in that house for use as a pantry and kitchen.

Mr Bouras shows us the large, pointy-bottom pottery jars typically used to store farine (wheat), oil, almonds and suchlike for a whole year. If something needed to be preserved for longer, the jar would have to be dug in to the ground with half its bottom deep in the earth.

The roof of the kitchen-cave is sooty from long-ago smoke. That particular story is related by Mr Bouras with relish. Thousands of years ago, the occupants of Tamezret were mindful of attack. They wanted no one to know that a village full of people flourished hidden in the mountains. Smoke from cooking fires would be a giveaway. So the Berbers put in a small hole in each cave kitchen, for the smoke to dribble out slowly through a communal chimney. Those who watched from afar would never know that fires burned in many hearths on that mountaintop. This meant the kitchen walls and ceiling gradually got sooty but the Berbers, says Mr Bouras, reckoned it was better their eyes stung from the smoke than to be attacked.

The story of the Berbers is dramatically, if incompletely told through the museum. There is a bridal trousseau, with fabric that has batik patterns worked on by the women and then embroidered by the men. The logic, says Mr Bouras, is that a marriage is a union of a man and woman and the trousseau should reflect the equal endeavour. There is a bridal outfit, including a stole embroidered to suggest the colosseum at El Djem, where the Berber queen was imprisoned. And there is that fascinating 2,000-year-old kitchen with its sooty ceiling.

Mr Bouras has done well. He has sparked my interest in the Amazigh, leaving me with admiration for their strategic determination and planning.

Imagine, he gets no funding for the museum but takes small groups of visitors around. (Apparently, big tourist groups are a no-no). He can be reached at [email protected]. His phone number is +21698567266. The museum has a Facebook page: www.facebook.com/Musee-Berbere-de-Tamezret

Worth a visit if you’re in the area. 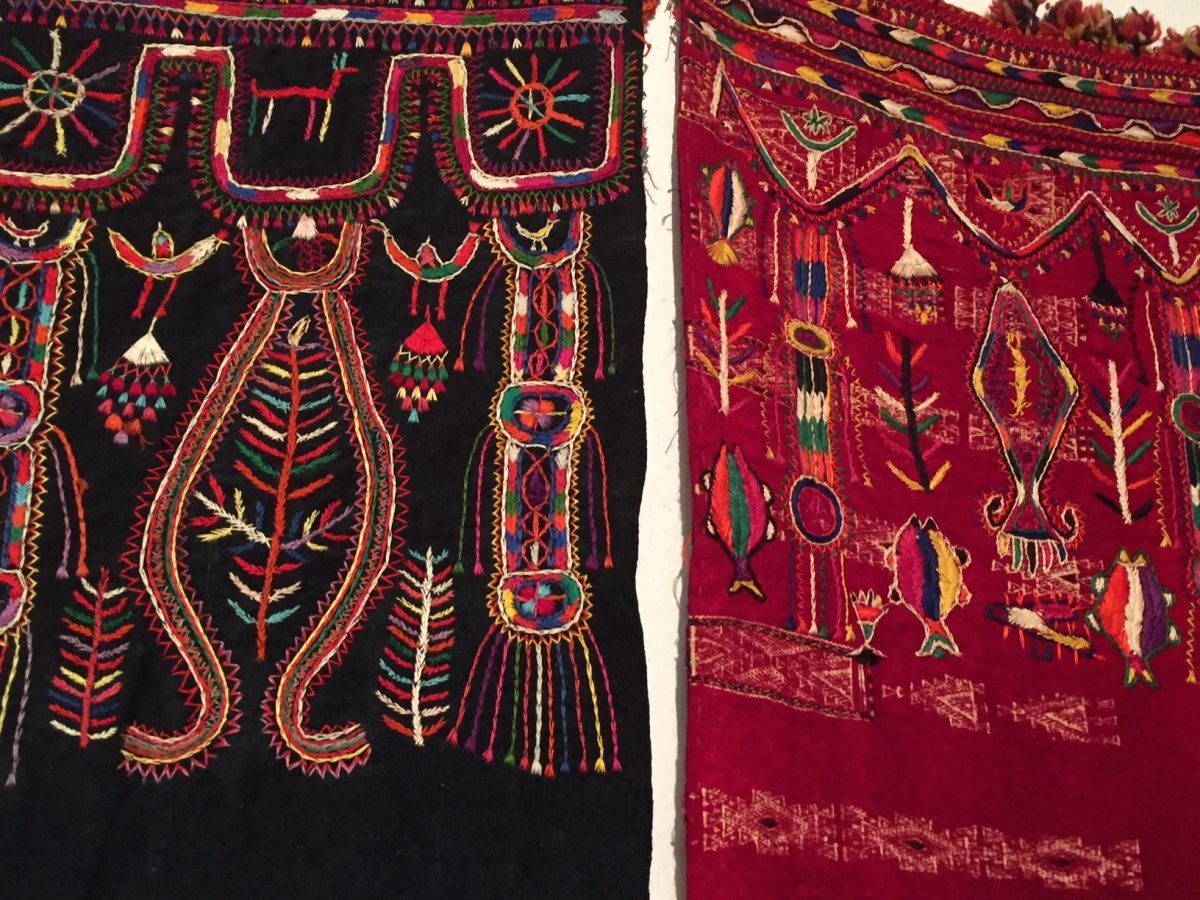