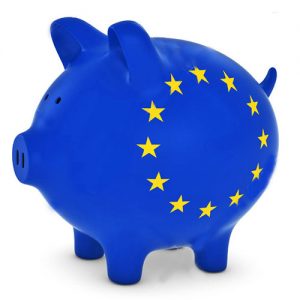 The German Chancellor is thinking of a European Monetary Fund (EMF), ie “greater independence within Europe from the International Monetary Fund.”

This is not a boring exercise in economic blue-skies thinking. And this is not a knee-jerk response to Donald Trump’s extraordinary behaviour at the G6+1 summit in Canada when the US president treated allies like adversaries and sent out a top aide to promise there’s “a special place in hell” for leaders like Justin Trudeau.

But it is significant for many reasons. Is this the point at which Europe is finally beginning to admit to itself that the system of the past 70 years is over?

The idea of an EMF has been around for a while. In March 2010, German economists Thomas Mayer and Daniel Gros argued for the creation of an EMF but what emerged was the European Financial Stability Facility, which eventually became the European Stability Mechanism (ESM). The ESM works alongside the IMF in Europe’s financial-assistance programmes.

Now, consider what Angela Merkel is suggesting. At a sustainable development conference in Germany, she said: “What we need in my view is greater independence within Europe from the International Monetary Fund. We should have our own European monetary fund where we can prepare for all cases of crises.”

Ask yourself who really runs the IMF?

Not the French politician Christine Lagarde, not really, for all that she is managing director of the IMF. It’s the US that has the biggest say because it has the biggest quota of Special Drawing Rights, which determine voting power. The OECD countries, including Germany, also have power – it’s more than poorer developing nations but less than the US.

This is not to say that an EMF is purely an attempt to fashion a post-US architecture. But, that may be a consideration. Prominent euro-federalist Guy Verhofstadt tweeted in response to Ms Merkel’s comments:”Finally, some welcome signs of much-needed EU reform. We cannot continue to depend on others for our security & prosperity.”

For years, there’s been talk (but little action) on the inequities of the IMF and the system set up largely by the US. In March 2011, African finance ministers suggested setting up an African Monetary Fund. Then in 2014, the BRICS countries set up their own version of a contingency and loan fund and China established the Asian Infrastructure Investment Bank.

Now there’s talk of an EMF. Talk is cheap, of course. Let’s watch for action. Ms Merkel will meet her French counterpart Emannuel Macron on June 19 in Berlin. If there’s even incremental movement on the EMF, we’ll know it’s serious.