Two views of Trump-Kim summit: Helped peace generally but hurt the US 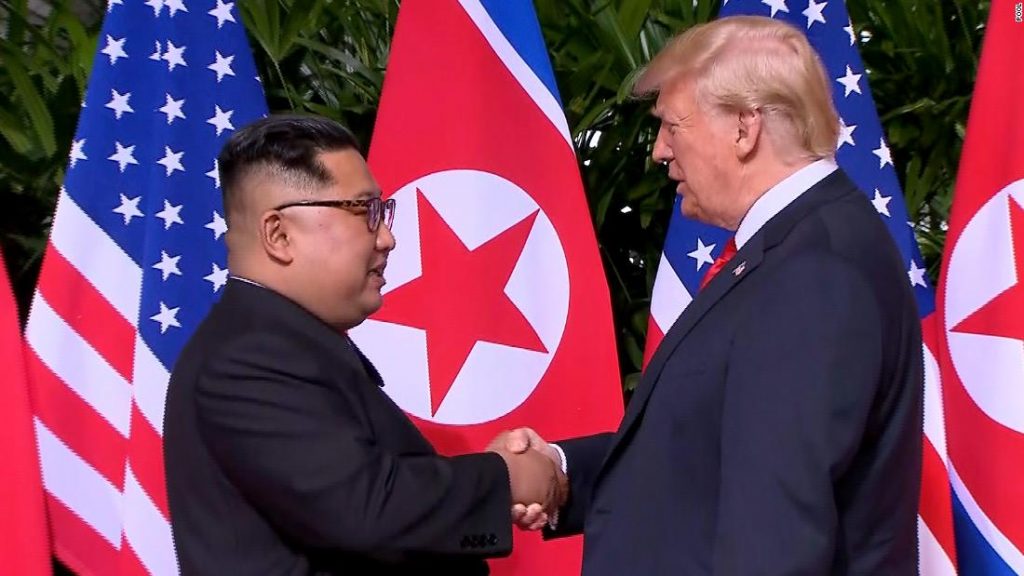 Who can deny that it’s better for a US president to be exchanging gracious phrases with the North Korean leader than to be threatening (or, God forbid, launching) war?

Who can deny that it diminishes America somewhat to come away from a summit with North Korea with nothing more than a Kodak moment and a short summary of good intentions?

The Trump-Kim summit in Singapore has to be seen in two ways.

If you’re American, you’re conscious that the currency of the US presidency has been devalued by Donald Trump’s eager embrace of a dictator and Mr Trump’s slavering willingness to get nothing in return.

If you’re not American (or if you’re an American with a profound horror of war) you’re satisfied that the summit means no fireworks in the foreseeable future.

Overall, the world is less likely to face a nuclear-armed conflagration in the near future.

But overall too, it means the US is willing to recognize countries that build up nuclear capability as entities it needs to respect and hold close as partners.

That’s realpolitik, of course, especially with US leverage fading and Mr Trump’s irascible, transactional style putting distance between America and its natural supporters.

What it really means perhaps is that we’re in uncharted waters. The US is the most militarily powerful and richest country in the world. But it is increasingly incapable and unwilling of shouldering the tremendous obligations that come with pre-eminence.

Mr Trump’s summit with Kim Jong Un means the US is unwilling to go to war on the Korean peninsula– at least for now. That is a good thing, overall. That’s where the two views of the Trump-Kim summit mesh. Peace is always a good bet, whatever it means for the US or anyone else.