Please give Donald Trump his due and take him seriously 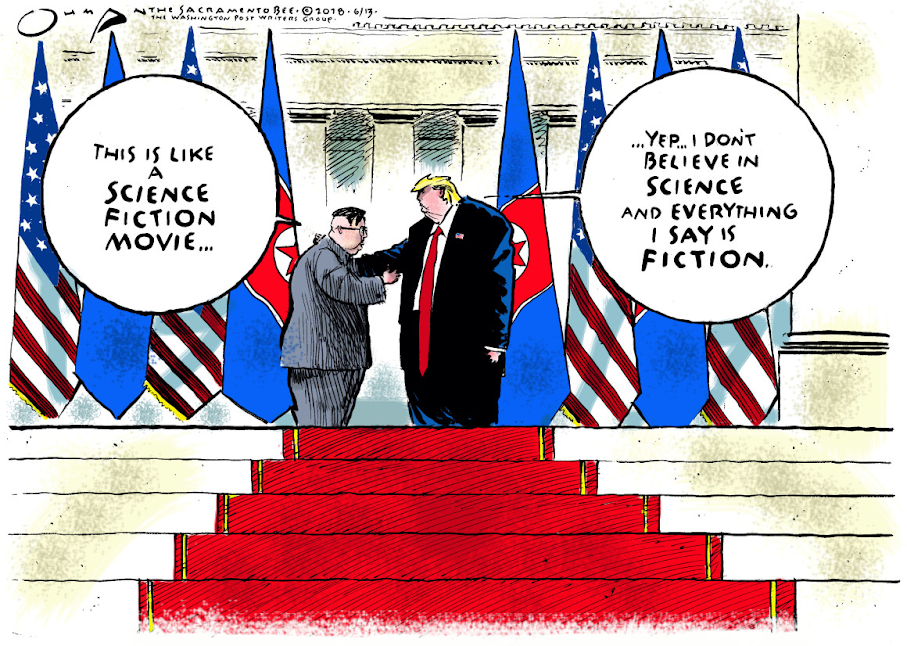 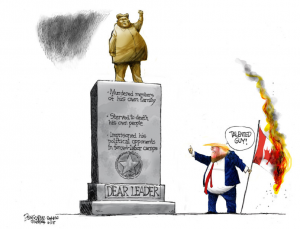 Does Donald Trump want Americans to be like North Koreans? He has said as much. “He (Kim Jong Un) speaks and his people sit up at attention. I want my people to do the same,” Mr Trump told Fox and Friends on Friday, June 15.

Later, Mr Trump explained he had been making a joke.

One wouldn’t have thought of Mr Trump as a particularly jovial person and it’s interesting that most of his “jokes” have been about doing away with term limits, voter repression, commanding the same sort of attention as the dictator of North Korea, and suchlike.

Anyway, we should do Mr Trump the courtesy of taking him seriously. Let me explain why.

Mr Trump, as his supporters constantly say, says what he means and does what he says. That is true, no matter how ill-advised the promises and actions.

To Mr Trump’s credit, he has always been very upfront about his ideas and impulses. He telegraphs things well in advance and then, he goes ahead and does them. He is honest, scrupulously so.

That’s why we have ridiculously blinkered statements about Mr Trump from politicians, diplomats, senior officials of all sorts. For instance, former US ambassador Nicholas Burns said just the other day that most US allies don’t know if Mr Trump would protect democracy, human rights and rule of law. Why would US allies not know Mr Trump’s intentions? Surely, they are clear, into the second year of his presidency?

At home, Mr Trump has done nothing to protect democracy, human rights and rule of law. In fact, he has done everything possible to subvert them. He has tried to do the following:

No, it is important to pay Mr Trump the compliment of accepting what he says as his honest-to-God views.