What to make of a migrant who doesn’t learn her new country’s language properly? 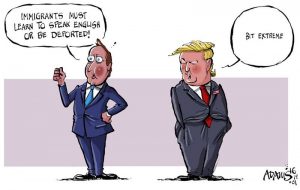 Here’s a woman who came into a western country, worked, got naturalized, married, bore a child, and 22 years later, still speaks halting English, with a strong foreign accent.

Mrs Trump. The US First Lady.

Had a Magda, Maha, Mina, Mehbooba, Marium or any woman of Muslim faith (or a non-Muslim, coloured woman) spoken such poor English after nearly a quarter-century in her adopted home, we’d have people chastising the slow cultural melding.

We’d have said the immigrant has not really made the real journey – the one that takes her from her past to her present; the odyssey that fuses memories with  current geographic reality.

Some might wondered if the immigrant’s faith was preventing her from internalising the English language. Others might have wondered if it was a deep-set cultural resistance.

“Oh, East is East and West is West and never the twain shall meet,” some would have said in a vaguely philosophical vein.

The Pakistani women in Bradford, UK.

The Bangladeshi women in the East End of London.

We shake our heads at their inability to communicate properly in the language they should know because they live in England and have, for years.

In fact, Britain has been talking in a fairly animated fashion of a policy to ensure that “everybody of working age and of school age should be able to speak the (English) language”. This, in order to heal rifts between communities, according to Dame Louise Casey, who conducted a review of community cohesion in 2015.

Back in March, Dame Louise called for a deadline by which everyone in Britain should be able to speak English.

After all, it’s a reasonable expectation that immigrants should be able to communicate with their adopted fellow citizens. The cultural distance must be covered. It is up to the immigrant to make the effort required to sync with people in his or her adopted country. Of course, as anyone who’s tried to learn a new language knows, it is not easy. Immigrants’ difficulties should be viewed through a compassionate lens, but then again, surely it is right and proper for an immigrant to make every effort? And surely it is right for a country to require immigrants to speak the dominant language with reasonable facility.

So, what are we to make of Mrs Trump? Does she speak enough English to pass the Dame Louise Casey test? 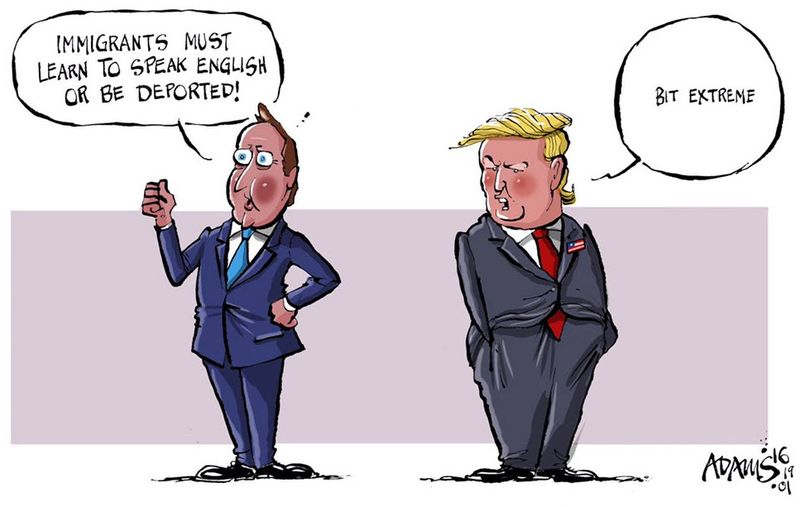