Will the trade war really be Trump’s Afghanistan? 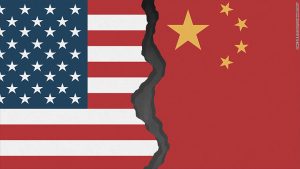 In March, some eight weeks before the trade war, Adam Posen wrote a piece arguing that it could be Donald Trump’s Afghanistan (Click on this link or read it in full below). To start something costly, fruitless and open-ended was madness, Mr Posen wrote.

His opinions remain as valid now, as back then.

Mr Posen is president of the Peterson Institute for International Economics. As an economist, he betrays justifiable distaste for making trade an area of “conflict between nations, rather than a beneficial process to manage.”

The problem with a trade war (rather than mere trade friction) is the commingling of “commerce and national security, raising the risk of significant escalation of conflict”.

As Mr Posen reminds us, “trade war feeding real war is precisely what Franklin Roosevelt and Cordell Hull, his secretary of state, had intended the postwar trading system to preclude”. At the time, memories were fresh “of how German, Japanese (and British) economic imperialism in the 1930s had fueled military rivalry.”

And yet, some 90 years later, here we are again.

Is there something within the human species that predisposes us to fight?

Is it, as Gulliver told the Master Horse of the Houyhnhnms, because war is “sometimes [caused by] the Ambition of Princes, who never think they have Land or People enough to govern . . . “?

Costly, fruitless, and open-ended, Trump could be starting something he won’t be able to finish

Trade conflict is recurrent, ubiquitous, and occasionally quite contentious. Yet, for all the political attention given, no major economic problems have arisen as a result of these conflicts in over 70 years—let alone anyone resorting to military force to settle them.

The Trump administration’s trade threats and tariff actions to date, however, are the most dangerous measures since the United States and its allies set up the international economic system in the 1940s. Several factors distinguish a trade war from mere friction. Governments start viewing trade as a conflict between nations, rather than a beneficial process to manage. They assume that bullying is preferable to multilateral rules. They put a premium on doing damage rather than deterring bad behavior. Ultimately, they break down the separation between commerce and national security, raising the risk of significant escalation of conflict.

Trade war feeding real war is precisely what Franklin Roosevelt and Cordell Hull, his secretary of state, had intended the postwar trading system to preclude, given fresh memories of how German, Japanese (and British) economic imperialism in the 1930s had fueled military rivalry. Trump and his remaining economic advisers repudiate this arrangement. They are under the delusion that the United States has been exploited by the rules-based system that it created. Moreover, they apparently think that every government will give in to US interests. That delusional world view is about to be proved wrong. The process of demonstrating it will be costly for people around the world, including in the United States.

Steel and aluminum tariffs are of minimal economic impact—which shows just how foolish it is to erode the world trading system for those industries’ sake. If these 19th century industries, which employ less than 0.1 percent of the American workforce, actually mattered to the performance of the US economy, then raising the price of their products to those industries that use them would be hugely costly. There should be no pretense that there is any economic justification for such tariffs.

For every one US worker in metals production there are more than 40 workers in metals-using industries. Taxing the latter to privilege the former makes no sense. In national security terms it makes no sense either, because it hits US military allies in Europe, as well as South Korea and Japan, and it does not directly hit China much at all. China is not even among the top 10 steel exporters to the US—almost all of its steel exports are already excluded from the United States.

By framing this handout as a national security measure, Trump does three destructive things. First, he invites other countries—including China—to exclude US goods on the basis of similarly specious security claims. WTO law, like all international treaties, cannot interfere in a nation’s self-definition of what constitutes a national security threat. This excuse for wholesale manipulation of international trade was previously little-used, because the US government assumed that, if it did not use it, other countries would not dare to either. Trump may have thrown that convention away.

Second, the move will set off a likely sequence of tit-for-tat escalation by the countries affected. The European Union will limit its retaliation for steel tariffs to the level that a WTO ruling against the United States would allow (though it will not wait for such a ruling to act); South Korea will probably forego retaliation, given its relationship with the Trump administration and the North Korean threat.

But China and Mexico have made clear that they will hit back much more harshly. If Trump then applies the kind of across-the-board tariffs on Chinese or Mexican goods that he threatened during the presidential election campaign—and reportedly he has asked his Trade Representative to draw up plans for hitting China—the damage would reverberate throughout the US economy. As we showed in a Peterson Institute study, that scale of actual trade war would lead to a two-to-three percentage point rise in the unemployment rate, huge declines in asset prices, and disruption of complex supply chains and thus productivity.

Third and finally, Trump is launching an attack where there is no clear victory to be had. Even if China were to fold immediately under the threat or the actual first volley of trade war, what could they give as the terms of surrender? Buying more American goods by diktat would feed politically favored investors and owners in the United States, but neither close the trade balance (not that it matters) nor raise US incomes (which matters a lot).

Washington might hope to get Chinese business and government to promise to behave better where the west has legitimate complaints—with respect, say, to intellectual property and forced technology transfer. But an ad hoc response to bullying would be temporary and probably unenforceable.

Better to have the international system applying rules and peer pressure, with Western Europe, North America, and Northeast Asian allies all onside. Xi Jinping’s Chinese Communist Party will not simply surrender to Trump’s unilateral threats, so there would be not only nothing to gain, but much lost in the process.

Trump’s soundest argument in his election campaign was that he would not waste American lives and treasure in pointless wars of choice. His launching a trade war would prove, however, to be his economic Afghanistan—costly, open-ended, and fruitless.